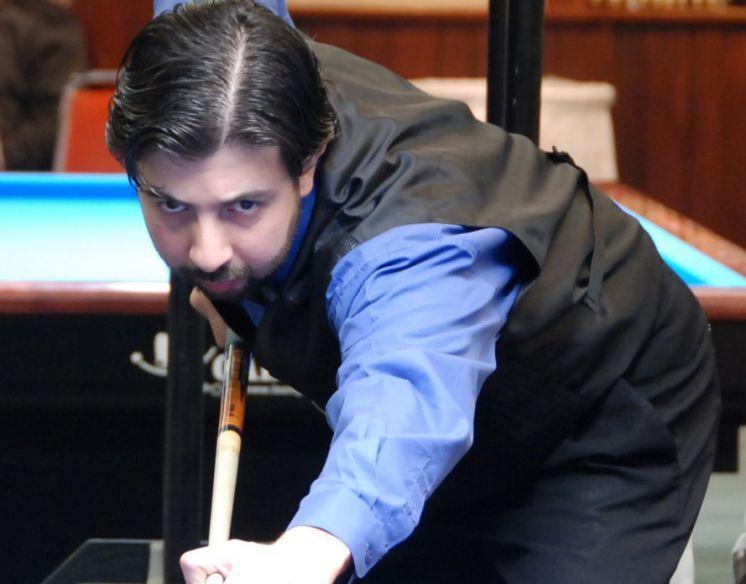 UPDATE: Pedro Piedrabuena went further than ever before, but fell short of his ultimate goal, losing to Carlos Crespo of Spain in the second round of the 2015 UMB World Cup Tournament in Istanbul. Although Pedro put in a stellar performance in the match with a 1.850 average, Crespo proved too strong winning 40-37 in 20 innings averaging 2.000. Still, all of us here in the Unted States can be proud of the skill, fighting spirit and tenacity that Pedro has shown in his International play this year. Original story follows:

For the second time this year in a UMB World Cup event, US National champion Pedro Piedrabuena has won his qualifying section to move on to the main tournament. Matches for the first rounds of the main event begin at 12:00 Noon Instanbul time on Friday October, 17. Pedro plays his match against Sameh Sidhom of Egypt at 6:00PM Istanbul time.

Piedrabuena has been much more active in International play this year than he has been in years past. His ranking points and excellent results are beginning to reflect how both his game and his confidence have improved. If he is able to make it through the 32-man single elimination format in this event and achieve a victory in the finals, it will be the first time an American player has won a World Cup since 1999. It was sixteen years ago that the great Sang Chun Lee of Flushing, New York won the World Cup in Las Vegas, Nevada defeating Semih Sayginer of Turkey in the finals.

As always at the International level, it was no easy victory for Piedrabuena in Qualification Group G. The first game was a tense match with Piedarabuena catching Kostas Papakonstantinou of Greece at the end to finish in a 40-40 tie in 31 innnings, Piedrabuena then bested Selim Ozden of Turkey 40-30 in 24. With 3 match points and an average of 1.454 Piedrabuena was placed 11th ahead of Jeremy Bury in the group of winners that move on to the main tournament.

For the results of all qualification rounds, and the schedule of upcoming matches click here for the UMB tournament details reports (updated daily through the end of the tournament Sunday, October 18, 2015.)