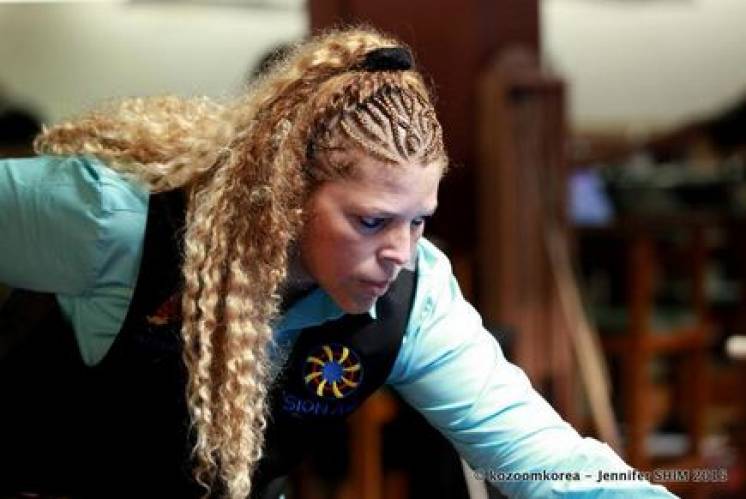 Ten players met at Doral Billiards in Miami Florida to compete in a qualifier tournament for the USBA National 3-Cushion Championship. Three earned their entry into the event. (Pictured above US Women's Champion Mercedes Gonzalez)

Starting in two flights of five the players were:

Doral Billiards, managed by Victor Cuzzi, is the premier place to play three cushion billiards in Florida. Besides their annual USBA qualifying tournament Doral sponsors one of the great International Open events here in the US. This year the event will be held February 5-7 and is expected to attract as many as 50 players from around the world.