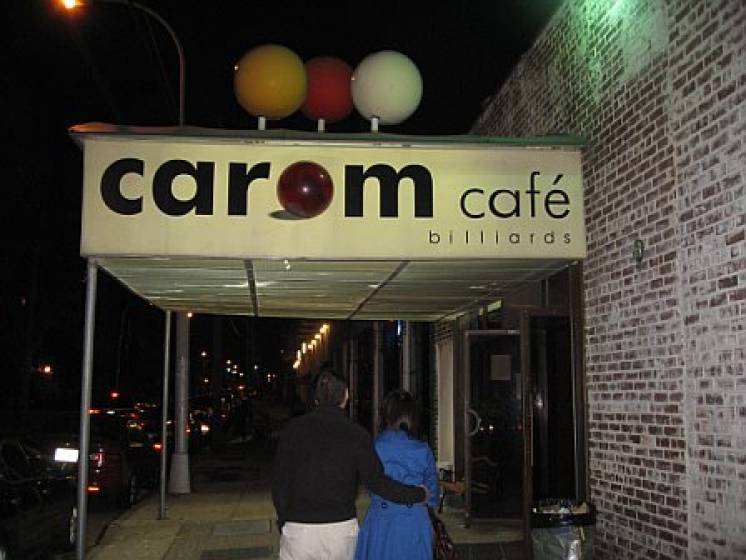 Despite the blizzard conditions and travel warnings, six brave souls with a love for the game came to compete in the USBA National Qualifier event held at Carom Cafe Billiards on Saturday January 23. Complete results are posted below.

In spite of one of the worst blizzards to hit the New York area, Tae Kyu Lee, Eric Kwon, Charles Brown, Chris Carpenter and Jorge John joined Carom Cafe owner Michael Kang in a 6-man round robin qualifier event. The weather outside may have been cold, but the play was hot as Eric Kwon went undefeated to take first place and win a trip to the USBA 3-Cushion National Championship to be held March 16-20. Michael Kang also qualified and will play in the nationals. 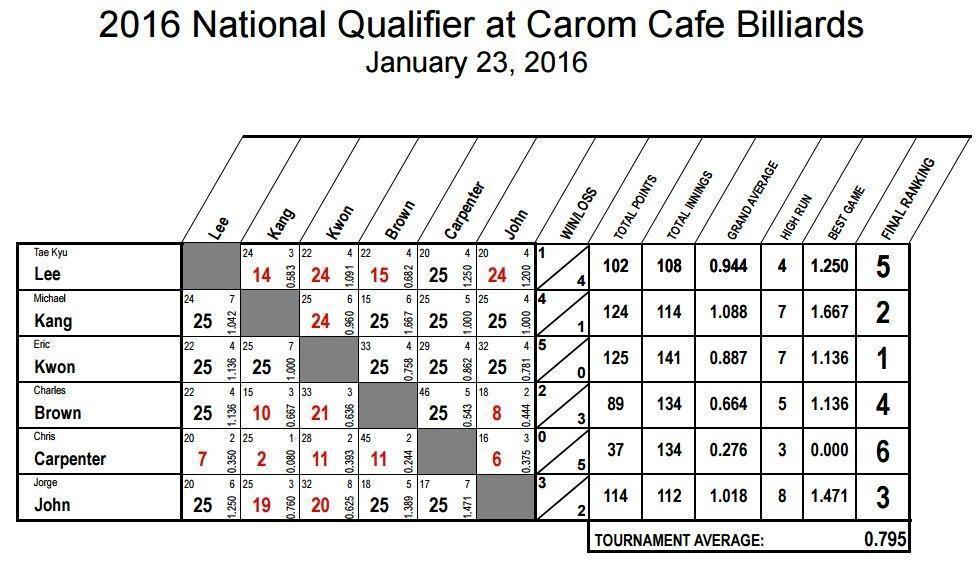 The Belgians use a chess clock. You should too! Simplest way to time a billiard match. Try it now!