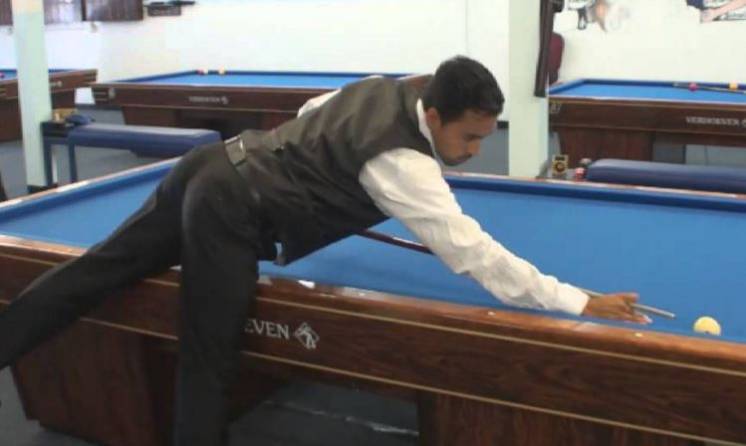 Repeating his performance in 2014 & 2015 Allen Castillo has once again qualified to compete in the USBA 3-Cushion National Championship. The qualifying event attracted 5 players to Edgie's Billards in Milpitas California on January 31.

The one day event brought organizer Raye Raskin, Antonio Rivera, Homero Linda, Allen Castillo and Jose W together for the 5-man round robin match. With a final score of 3-1 Allen Castillo was the clear winner and earned his entry fee into the 2016 USBA National Championship to be held March 16-20 at Million Dollar Billiards in Northe Hollywood, California.

Here is the final chart for the tournament: