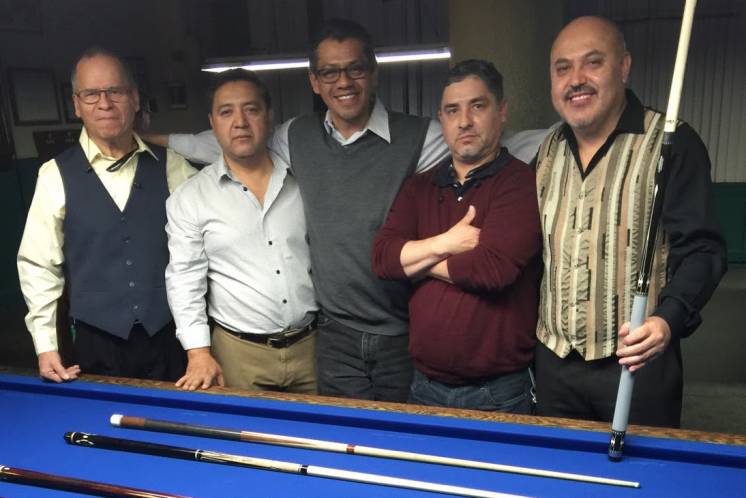 As the 2016 USBA 3-CUSHION NATIONAL CHAMPIONSHIP approaches the excitement and competitive spirit is building throughout the country. And what better place to hold a qualifier than the venerable Chris's Billiards in Chicago Illinois. With seven Chevillotte tables and a long history of hosting USBA events - including two national championships - Chris's was the perfect setting for a weekend of challenging billiard play.

The thirteen players who assembled were split into one flight of 7 and one flight of 6. Round Robin played ensued where the top three players from each of the two preliminary flights moved on to the round robin finals. That meant players had many opportunities to both enjoy the comepeitive play and to show their skills as they vied for spots in the upcoming championship event.

Felipe, Alfredo, Thang and Olegario will now move on to compete for the 2016 USBA title. See you at the Nationals in March! 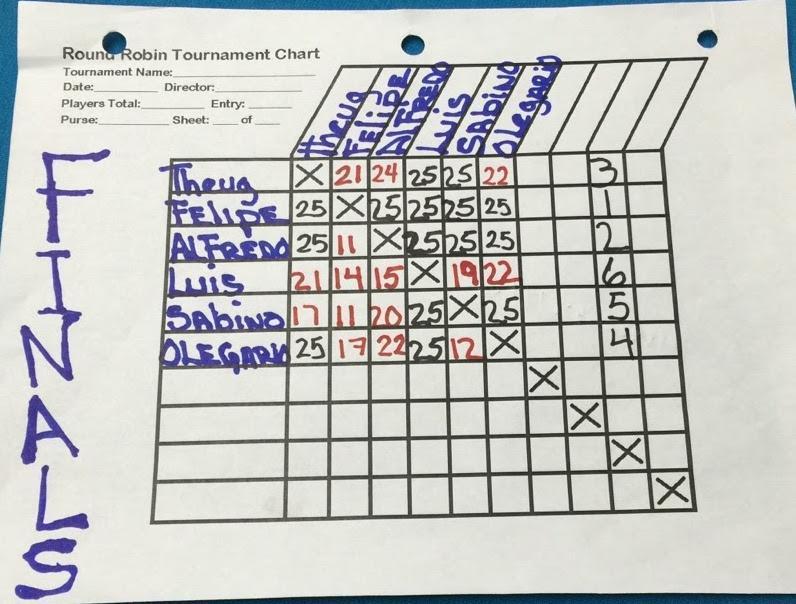