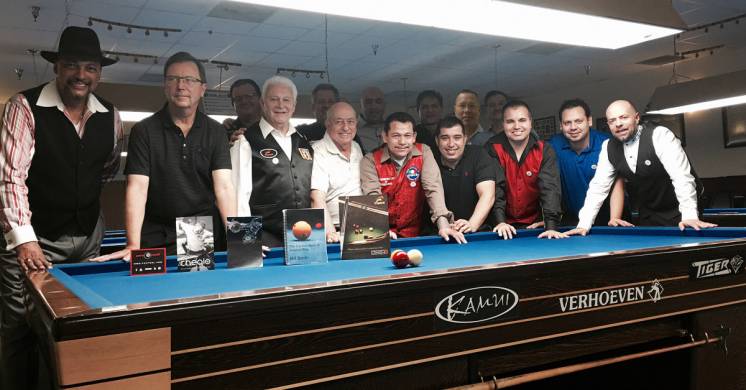 The Burbank Elks Lodge in Burbank California is one of the many Elks clubs around the country that has continued the great Elks tradition of supporting and promoting 3-cushion billiards. On February 27-28 eighteen players met to continue that tradition in a USBA qualifyiing event that was unique in many ways.

This year, local player and tournament organizer Gilbert Najm had something special planned for his comrades at the Burbank Elks Lodge. Gil organized an intimate and prestigious 3-cushion billiard qualifier event for his fellow playmates in the United States Billiard Association. What was special was the fact that play in the event was shared with hundreds of players and fans around the country through the Live-Stream feed provided by Daniel Busch and POVPool.com. For two days we all got to watch these great local players fight it out on the tables for a chance to compete in the USBA National Championship. We hope to see more events like this in the future, especially when we can all enjoy them through the Internet.

The eighteen players who came were split into 3 groups of 6. Play began in round robin format with the top two from each group, along with the two best third place finishers overall, moving on to the final round. The finals were played in single elimination knockout format. Another special feature of this event was that no prize money was awarded. Instead, all the tournament prize money was used to maximize the players rewards by providing six of the eight finalists a paid entry to compete in this year’s USBA National Championship. The 2016 National Championship tournament is scheduled to take place March 16-20 at Milllion Dollar Billiards in North Hollywood California.

The players who qualified were:

Gil worked very hard to make the event a big success. And he was aided by the sponsorship and support of POVPool, Tiger Products, Kamui Tips and Cheqio Sports. The organizers also thank The Elks Lodge #1497, Ricardo Carranco, Ryan Naccarato, P. Graber, H. Engels, D. Crutcher and Fred Delange for their hospitality, participation and support.

And finally, big thanks especially goes out to George Aronek who served as statistician. Here are the original handwritten charts from the event! 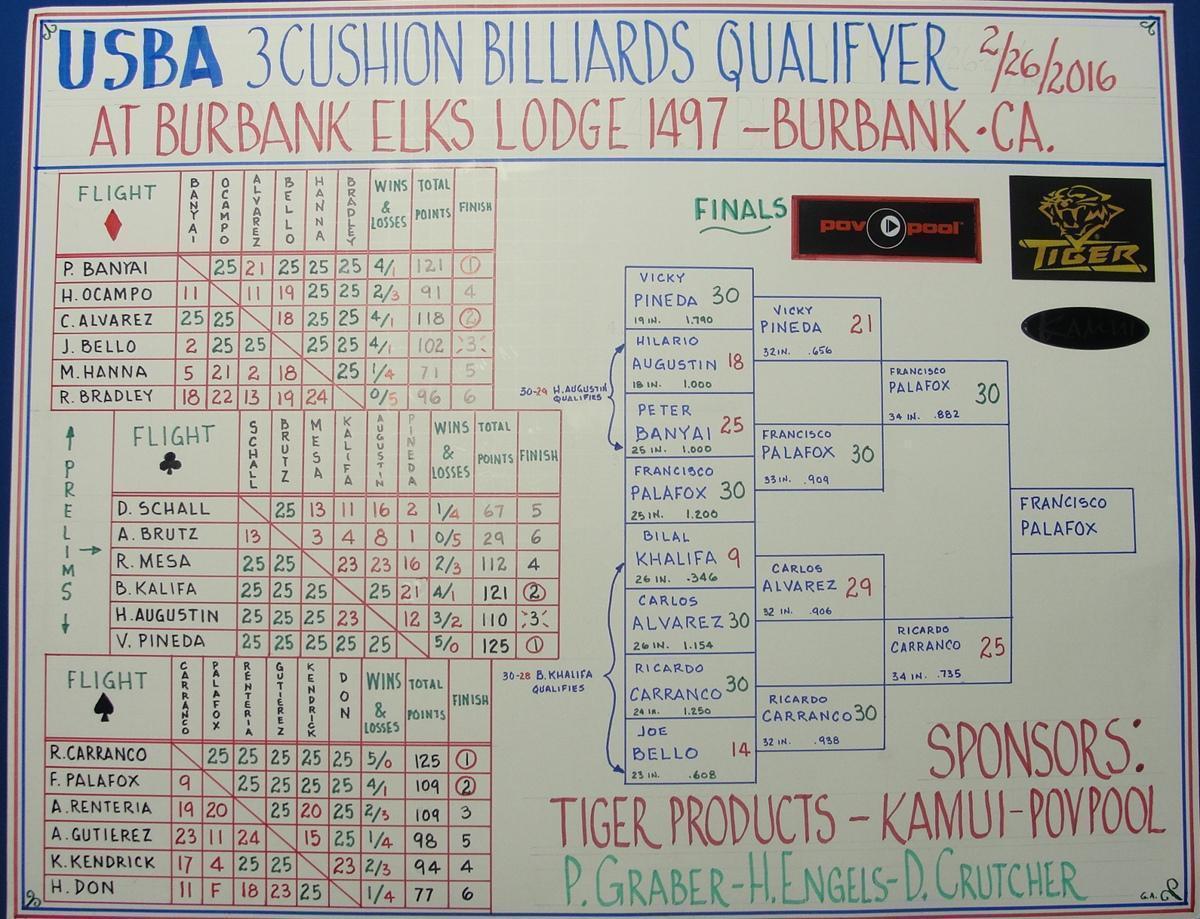