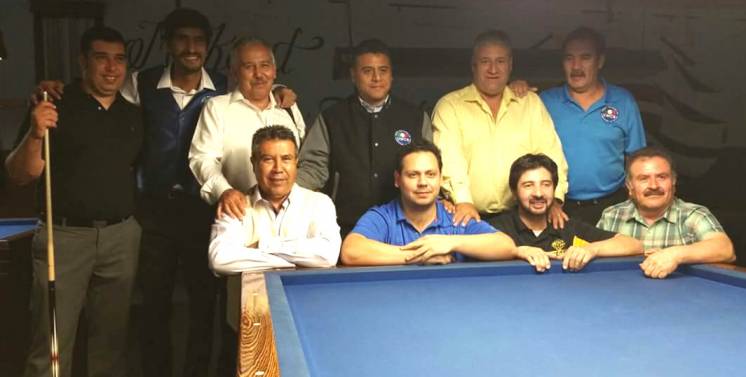 Here is a recap of some of the highlights of the event:

Preliminaries were 3 flights of 7 players, playing round robin with the top 3 from each flight advancing to a 9-man round robin final flight.

In flight A, there were no surprises, as the 3 advancing players (Avila, Almaraz, and Covarrubias) are considered the best players in Mexico. Flight B saw Piedrabuena and Sosa advance with no problem, and Salvador Cardenas squeezing out a win against Vicky Pineda (30-27) to grab the 3rd spot on the finals. Flight C saw artistic billiards world champion surprisingly miss out on the finals after 2 losses to Khalifa and Carranco. Mexican master player Faustino Galvan, Ricardo Carranco, and Bilal Khalifa advanced to the finals.

The finals brought many great matches with most finishing in around 20 innings or less. Pedro Piedrabuena had the best game of the tournament beating Ricardo Carranco 30-3 in only 6 innings. He ran 5, 5, 5, 12, 2, and 1.

In the last round of the finals, Pedro (1 loss to Sosa) played Avila (1 loss to Galvan). Winner of the match would be crowned champion. Pedro came out on top with a very close 30-28. Avila had to settle for second and Sosa completing the podium. Finishing 4th was Miguel Amaraz and Ricardo Carranco, with 2 surprising wins over top mexican players, Covarrubias and Almaraz, finished 5th.

Thanks to the USBA, and to all players who participated in the last ever tournament at Eight Ball Billiards. 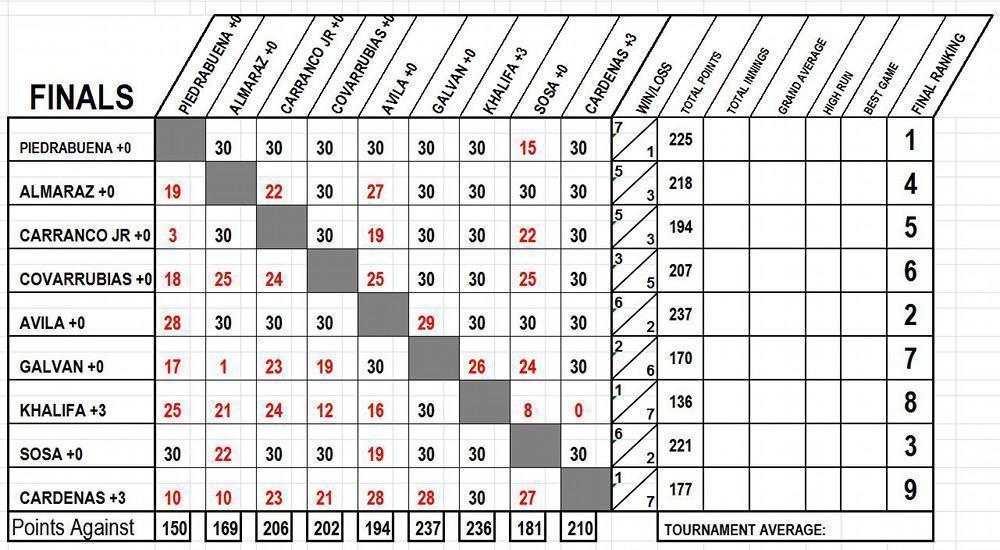