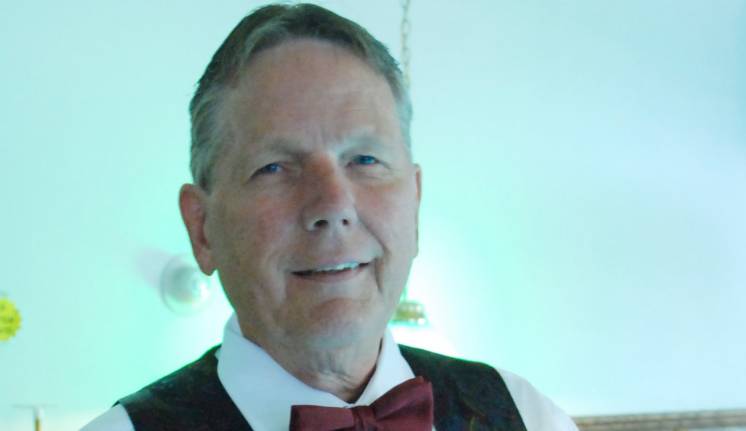 I first met George Theobald in 2005 at a billiard tournament in Jackson Heights, Queens (NY). I was with a group of players, and George walked up, smiled and asked, “What’s the plural of opus?” “Opuses?” someone said. “Opi?” another offered. George smiled again, amused at the guesses, and walked away, happy that he had stumped the group. Like much of the billiards world, I learned of George’s sudden passing a few days ago. He’ll be missed by many, me included.

George was a mainstay at many of the USBA tournaments. In the last few years, he watched more than he played, but he was always there, especially at the summer tournament at Carom Café. He knew all the top players. He made it to this year’s Verhoeven Open but took ill after the first day and returned to Chicago. His health spiraled down and he died a little over a week later.

To get a sense of George, you must appreciate his smile and sense of humor. When he smiled, which was often, he smiled more with his eyes than his mouth, like he was trying to suppress laughter. His whole face lit up when he told stories, or jokes, and he had hundreds of each. He seemed at peace with the world.

George lived outside Chicago and hosted many a player at his house, where he kept a Søren Søgaard in the basement. Adorning the walls were billiard posters, photos, memorabilia. A few years ago, I found myself in Chicago and called George. We had a great time playing in his basement, as I suspect all his guests did.

George loved billiards but he also had an interesting life outside of the game. George was an art dealer. For a time he owned a frame shop. He married a flight attendant. When he was 20 or 21 years old, he appeared as an extra in the 1962 movie, "The Young Savages," starring Burt Lancaster. George was one of the gang members: his time on the screen was brief. He spoke fondly of Lancaster, who enjoyed performing acrobatic stunts on the set and readily mingled with the cast, crew and extras. George must have liked movies. He often quoted dialogue at length, like the famous scene from The Treasure of Sierra Madre: “Badges? We ain’t got no badges. We don't need no badges. I don't have to show you any stinking badges.” 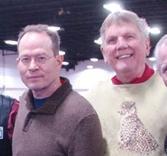 In many ways, George was both ahead and behind the times. I think he must have been one of the founders of NORML, or at the very least, one of that organization’s biggest supporters. “You wanna get high?” was his typical greeting. As far as I can tell, he asked everyone—friend or stranger—that question. I think the recent trend to legalize marijuana must have made him very happy.

I never quite got the full story, but George had a mysterious, perhaps shady, past. Since I don’t know the full details, I’ll just say that, in the late 1960s or 1970s, he found himself on the lam. He drifted to Europe, moving from country to country, keeping a low profile and earning a living with a variety of different jobs. In Greece, he made a living selling octopus (or is that octopuses or octopi?) to local restaurants. Later, he rented beach umbrellas in the South of France, near Cannes. He had this great story about Picasso, who lived in near-by Mougins and who would take morning strolls on the beach, followed by tourists at a respectable distance. When the crowd grew too big, Picasso would stop, quickly etch a drawing with his cane in the soft-sand that had been revealed by the low tide, then continue his walk. The tourists would rush toward the sand drawing, taking photographs of the latest Picasso masterpiece while the artist enjoyed the remainder of his walk in peace and solitude. As word spread, more and more tourists circled around the crude scribbling in the sand. But, George explained—a big George-smile at this point in the story—as the tide came in, the waves would destroy the work. It was a great tale, and when I told George that it sounded somewhat like the end of Ray Bradbury’s short story, "In a Season of Calm Weather," he smiled and said, “Isn’t that funny.” Who knows, Bradbury might have gotten the idea from George.

At billiard tournaments, George studiously watched the top players. Above all, he liked the play of Torbjörn Blomdahl and Frédéric Caudron. After a match, he would ask if you had seen a particularly great shot. “Did you see what that mad man did?” he would say, using “mad man” to praise the player’s genius, then diagram the position and the solution on a napkin. “The red was here, the yellow about here, and here was the cue ball, and what does he do?” His finger traced the trajectory of the cue. “Four cushions, clips the red and drifts to the yellow.” He would smile and shake his head. “Who thinks of that?”

George’s favorite word was “syzygy.” In astronomy, it means an alignment of three celestial bodies, like, for example, when the earth, the moon and the sun line up to cause an eclipse. In other contexts, it is used to refer to a related pair, like yin and yang. In George’s worldview, he saw metaphor and a billiard meaning. He made t-shirts, with 3 billiard balls side by side on the front and the definition on the back: “SYZYGY: 1. the straight-line configuration of three celestial bodies in a gravitational system; 2. a pair of correlatives, opposites or otherwise related things; 3. a line-up of three carom billiard balls.” Whenever you played him, and the balls ended in a line up, he would whisper, “syzygy.” To him, billiard balls were heavenly bodies.

Oh, the plural of “opus”? The next time I saw George after that first meeting in 2005, he greeted me with the answer: “Opera.” Yes, an “opus” is a work or a musical composition, and a collection of such works is an “opera.” George’s life—his opera—had many acts, plot twists and characters but all revolved around his passion—billiards.

ABOUT THE AUTHOR: Andy Janquitto is a former USBA president, billiard player and frequent contributor to 3CushionBilliard.com. Writing, like 3-C, is one of his hobbies. For another one of his writing efforts, visit www.oleoheir.com.