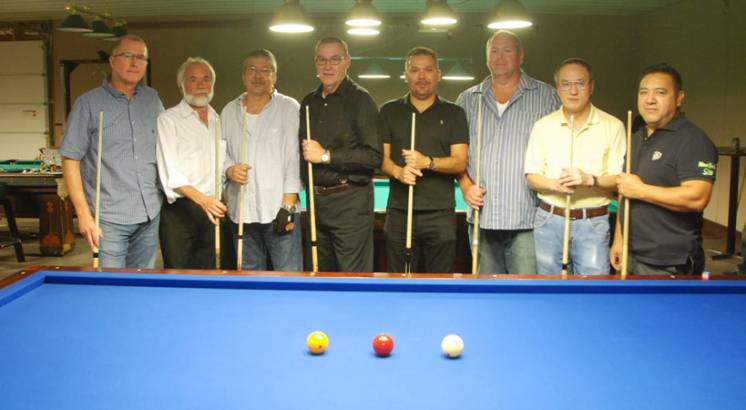 Lupe Cruz has added another trophy to his list of USBA tournament wins as he becomes the first repeat winner in Rushville Illinois. Winning his key game in the final flight against runner-up Felipe Razon 25-22, Cruz went undefeated to take the title and the $1,100.00 first prize. Pictured above are the eight finalists (L to R): John Logan, George Ashby, James Richards, James Bishop, Lupe Cruz, Rick Shryack, Nam Cho and Felipe Razon.

Originally conceived in January 2013, the once or twice a year tournaments held at Rushville Billiards in Rushville Illinois are eagerly anticipated by players from all over the United States. This year's event attracted 30 players who played in preliminary round robin play leading to the ultimate round robin finals for the top eight players.

Rushville may be a small town, but billiards in Rushville is always a big story! The 2016 Fall Tournament held this fall from October 13-16 was the seventh installment of this favorite event among US players. Since October 2015 the Rushville Tournament has had the added support and recognition of Paul Frankel aka Professor-Q-Ball who publishes the bi-monthly Professor-Q-Ball National Pool & 3-Cushion News magazine.

Previous year's installments of this event had a different winner each time: 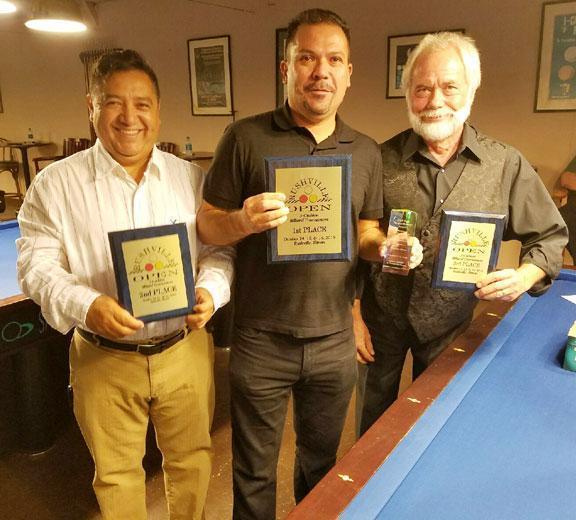 Here is the cross-tables for the final round robin flight complete with flight stats for innings, average and high runs.

And finally... thanks to Gary Eake and Paul Frankel for pictures, cross-tables and a great story which you can read by clicking here: Rushville 2016 - The Complete Story!