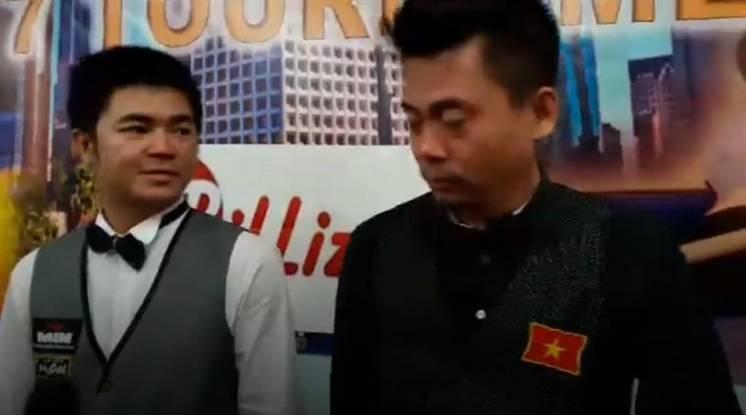 Following the Verhoeven Open Tournament earlier in August, a large contingent of Vietnamese players traveled west and stopped in Los Angeles to play - what else - more billiards! The Tiger Cup is  is shaping up to be a second International event players can look forward to in the USA every summer. Belgian Eddie Leppens, coming off his second place performance in the Verhoeven Open was the marquee player who received the initial invitation. That, and the $20,000 announced prize fund, spurred the interest of many more top players to join in. Besides players from the USA, Vietnam and Belgium, players from South and Central America, including Colombia and Mexico, also came to do battle. Many players made both the Verhoeven Open and the Tiger Cup events this year.

Hector Ocampo and Ricky Carranco, acting as host and tournament director respectively, organized a fantastic event that was filled with action and camaraderie as players from all over the world met on common ground - the 5' X 10' Verhoeven 3-cushion billiard tables. The tournament format for the 72 players inscribed into the event was: 12 groups of 6 playing round robin with the top two plus five best third, auction and lotto moving into a 32-man single elimination finals. Scoring and livestream for the event was provided courtesy of Billizone. 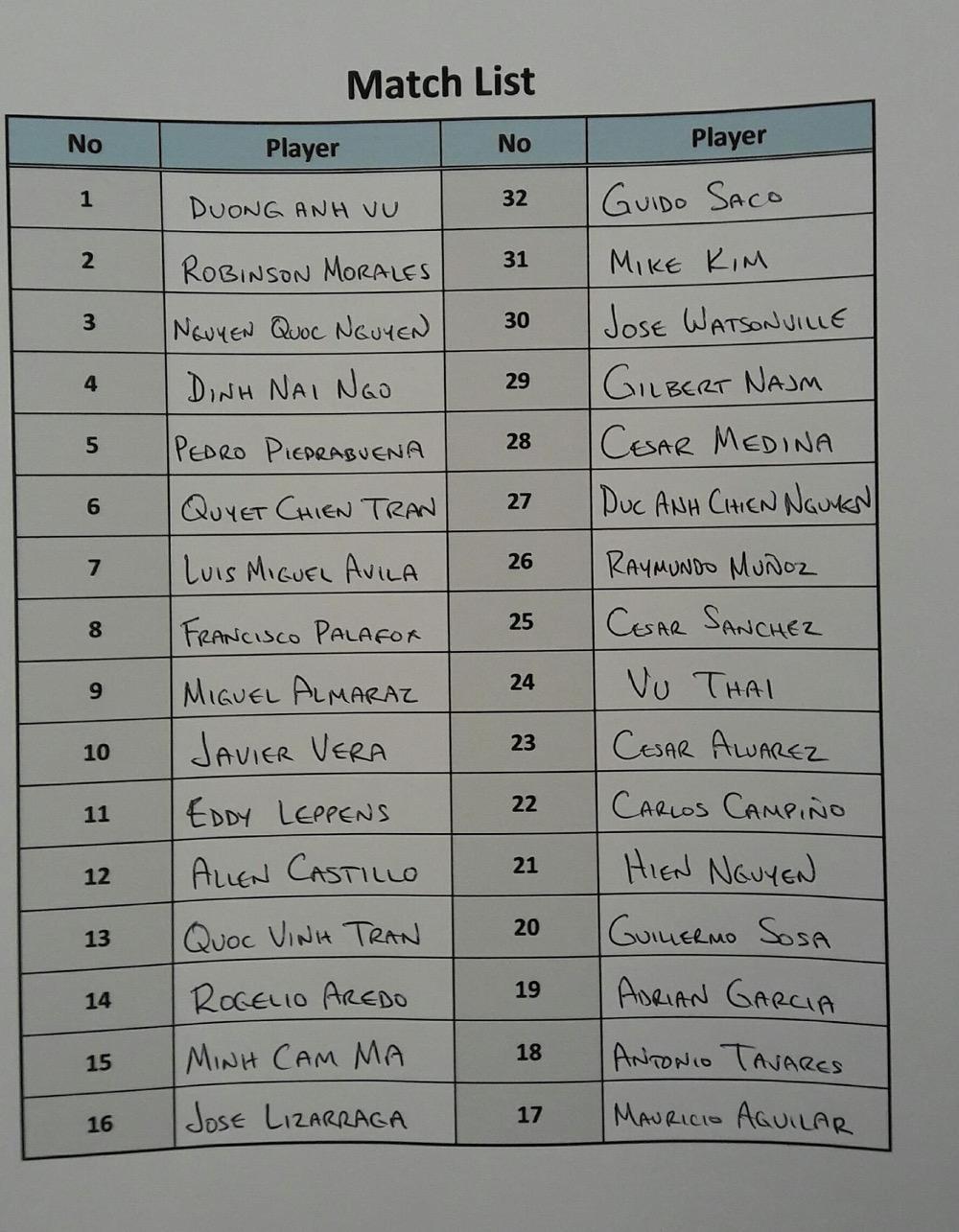 The original groups and interim results can be viewed in our schedules and results article by clicking here: Tiger Cup At Million Dollar Billiards. The 32 players who assembled on the final day represented the best of the best. And the play showed it including many high runs and high averages. But as in any single elimination format, round by round the action heated up as the field was whittled down to the final four. Along the way, Eddie Leppens, who was an early favorite was knocked out. After three rounds the field was down to the final four.

The semi-finals pitted USA's Pedro Piedrabuena against Duong Anh Vu and Nguyen Quoc Nguyen against fellow countryman Tran Quyet Chien. Three of the four top spots were occupied by that strong Vietnamese contingent. Out of those two semi-final contests came the two shining stars from Vietnam who made it through the tough preliminary round robin matches and the competitive 32-man single elimination final phase to reach the grand finale.

Duong Anh Vu met Nguyen Quoc Nguyen in a late final match at Million Dollar Billiards in North Hollywood, California on Sunday evening. The battle was hard-fought and the match remained close, with both players reaching 28 points while playing to 40. It was then that Duong Anh Vu put on a final sprint with a run of 5 followed by a final run of 7-and-out to win the Tiger Cup trophy and the 1st place prize.

Our congratulations to Duong Anh Vu of Vietnam (below right next to Hector Ocampo), the winner of the 2017 Tiger Cup International Tournament. 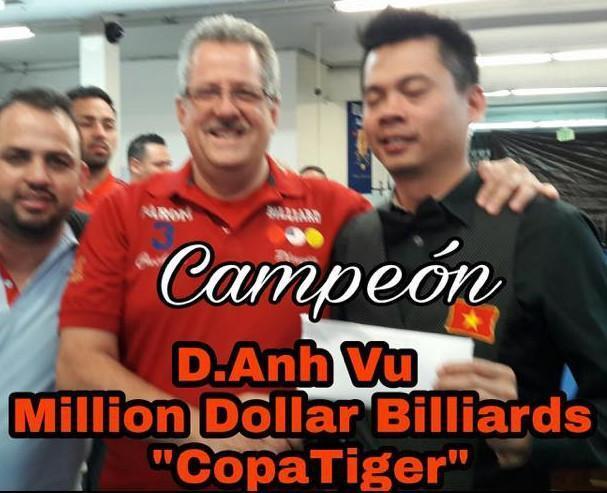