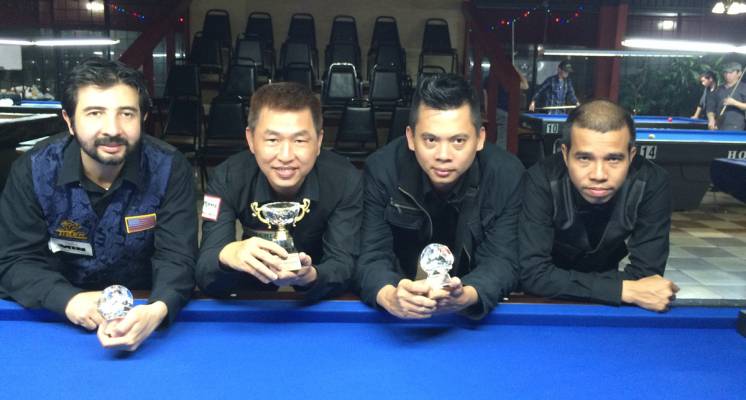 Pictured above (L to R): Pedro Piedrabuena (2nd), Minh Cam Ma (1st), Anh Vu Duong (3rd) and Quyet Chien Tran (4th). in the gallery that follows we have all the charts from the event and photos of the venue and players. (Click any image to start the slide show.)