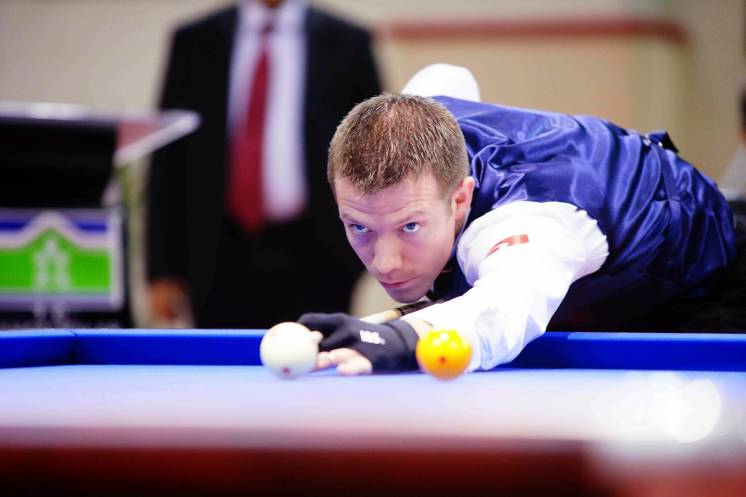 In a stunning exhibition of skill and artistry Jeremy Bury, the number one ranked player in France, once again earned the title of National Champion of France in 3-Cushion Billiards. In the final match against Jean Reverchon in the 2015 event it was Bury all the way winning 40-7 in 14 innings (2.857 average, high run of 10.) The earlier stages were tougher for Bury who lost one match and later faced former champion Jean-Christophe Roux. But Bury rose to the occasion and only seemed to get stronger on his way to a 1.685 tournament average and the title.