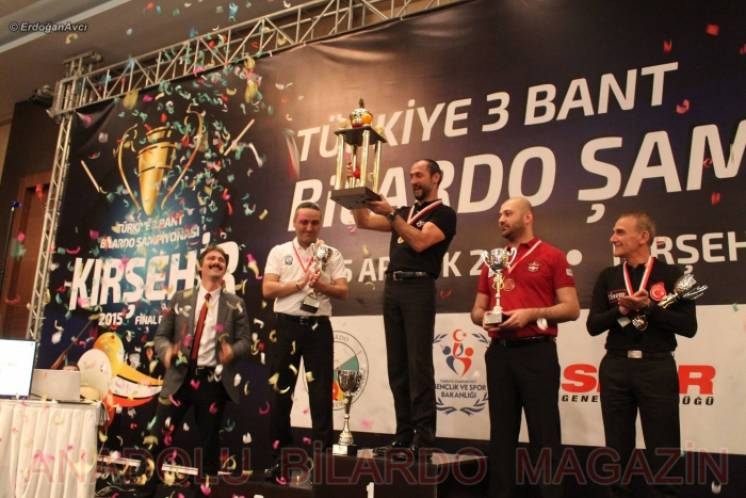 The National 3-Cushion Billiards Championship title in Turkey is awarded to the player who accumulates the most points in a series of Grand Prix tournaments held over the course of the year. In 2015 that player was once again the great Semih Sayginer who regains the title with wins in the final two events of the season.

Sayginer, who was absent from play for several years, is beginning to regain the form that brought him many titles in the past including a World Championship in 2003. His strength was most evident in the final game of the critical match that clinched the title where he beat Hakan Incekara 40-10 in 11 innings (3.64 average.)

In the final ranking of the Turkish championship, Sayginer tops the list with 192 points, ahead of Lütfi Cenet 176, Can Capak 160 and Hakan Incekara 126. Tayfun Tasdemir finished fifth in the ranking