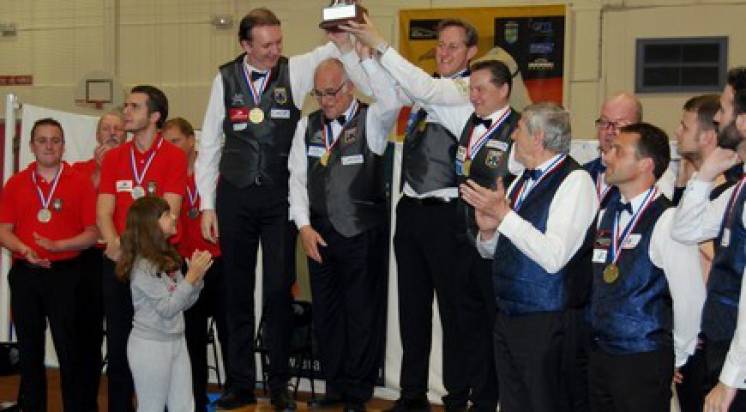 The team CetSI Morangis has taken the French team title in three cushion for the second year in a row. In the finals of the championship match, playing in front of its home crowd, the Parisian team of Jean Riverchon and Richard Bitalis, along with the lead players from Belgium Eddy Merckx and Eddy Leppens, defeated the team Albert. CetSi Morangis remained unbeaten in all its matches.

Eddy Merckx finished his season in France with the best match (50 points in 10, 5.000 average), the best run, 22 and a winning percentage of 75 percent over eight matches with an overall average of 1.984. Eddy Leppens was the best player of the season in the French league. Leppens as the number two player on his team had a one hundred percent winning average with eight wins in eight matches. The Belgian recorded an average of 2.380 in his last two matches and 2.030 general. Richard Bitalis ended with 1.373, Jean Reverchon with 1.170 overall to round out the winning team's performance.

Read more from our friends at Kozoom. (Story and pictures copyright Kozoom.)