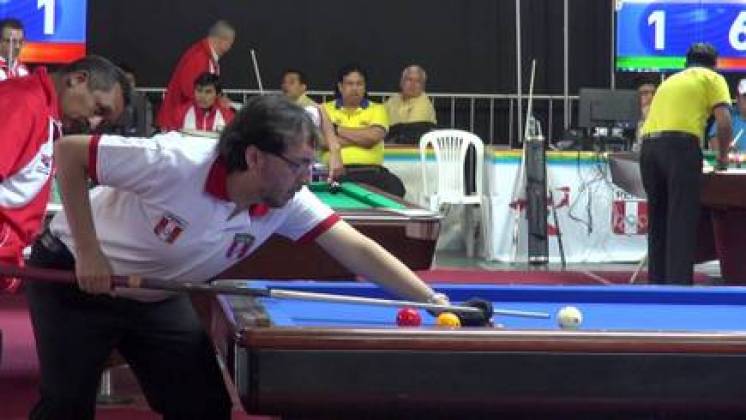 Repeating his performance in 2015, Ramon Rodriguez has once again landed on top as the number one 3-cushion player in Peru. His win came in dramatic fashion as the final match of the 2016 tournament ended in a 40-40 tie and had to go to the shoot-out. After 32 innings, his opponent Jose Torreblanca was only able to make one from the spots, while Ramon scored the two he needed to capture his thirteenth title overall.

The national championship tournament, held at the Istituto del Peruana Deporte, began with 32 players. The quality of play was excellent as three players Pedro Valdivia (7th), Martin Canola (10th) and Julio Martinez (11th) shared high run honors with runs of nine. Rodriguez achieved the best overall average of 1.395 with a best run of 8 in winning the event. Four other players among the top 12 finishers averaged over 1.000.