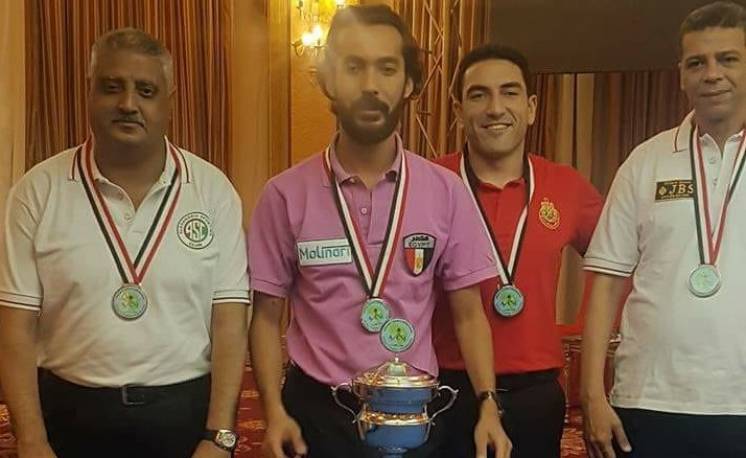 The 31-year-old Sameh Sidhom has conquered his second African title in Cairo. In a tournament with sixteen players from five different countries, played in May in the Armor House hotel, Sidhom was the strongest with 1.610 general average.

The Egyptian, the number ten on the world ranking at the time, beat 27-year-old Mohamed Abdin in the final 40-22 in 24 innings.

Thanks to Kozoom for pictures and results. Read more here.