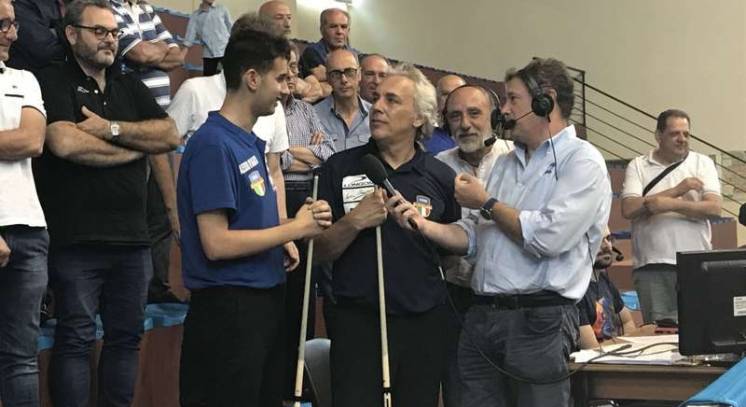 The three-cushion national championship has been held in Italy for forty-five years. The great Marco Zanetti now owns twenty-seven of those titles, having once again dominated the field. Leading in points, average and high run, Zanetti becomes the 2018 Italian national champion.

The multi-disciplined event, played according to the World Cups system, provided a format that favored the experienced 56 year-old champion who took his eleventh title in a row in Canicatti, Sicily. In the final, Zanetti defeated the young talent Alessio d'Agata, who won the under-21 title which was also played in the tournament. A teams championship rounded out the competition.

The individual championship began with 114 participants. The 32 finalists in the preliminary tournament played in eight groups of four players in a semi-final round vying for sixteen places in the knockout. The preliminaries were played with groups of three player, just as in the world cups..

The Italian federation has invested a lot in recent years in young players with Marco Zanetti as mentor and Alessio D'Agata as one of the students.

We love Zanetti's style and passion and have followed his triumphs as one of the world's top players. Here are the stories of some of his past titles:

Thanks goes out to our friends at Kozoom for the results and picture.