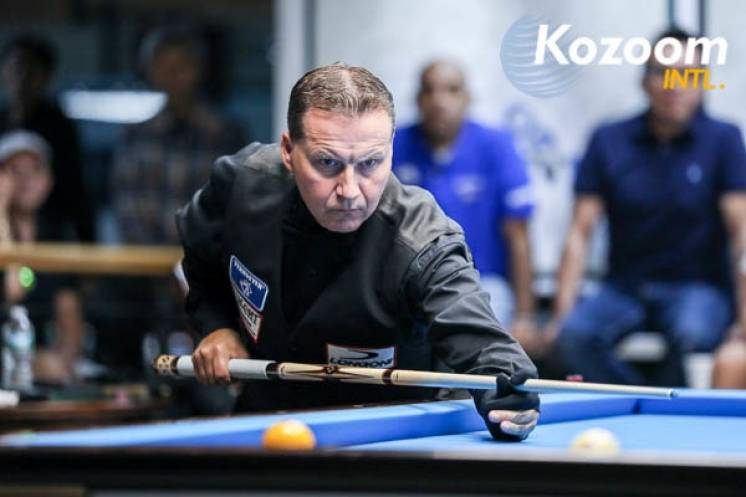 Eddy Merckx prevailed for the second year in a row in the all-Belgian Kimchi Superprestige Tournament. Adding to his wins in the 3CC Masters Invitational and the Verhoeven Open, Merckx is surely having one of his best years ever.

The Superprestige event is unique, as it pits the top 16 players in Belgian - including multiple world championship and world cup winners - in a two-stage competition. Beginning with four groups of four in round robin the top two from each flight advance to an 8-man single elimination final stage.

After the initial round robin phase was completed the eight candidates for the title (in ranked order) were:

It is fitting that the top four players from the world ranking all made it through the initial round and were atop the rankings. And, as it was to be expected, after the first round of the knock-out stage it was the best four who advanced to the semi-final round. One other interesting fact that should be noted: three of the four (Caudron, Forthomme and Merckx) share the world record of 28 for the highest run in official tournament play. Maybe that's why this Belgian event can proudly hold the name of Superprestige.

Roland Forthomme faced tournament organizer Eddy Leppens in his semi-final match. Leppens was the only undefeated player up to that point, but Forthomme proved to be his nemesis in winning 40-35 to make it to the finals. Matched against world number one Frederic Caudron in his semi-final round Merckx relied on a run of 15 to pull away and never look back. Recall it was Caudron who recently defeated Eddy in the final round of the McCreery, so this win surely gave Merckx confidence to bring to his final game.

As it turns out in the final match Merckx was put to his greatest test. Forthomme opened like a rocket with two runs of 10 in the early stage. Merckx looked like he was out of it. But when down that is when Merckx has been known to rise to the occasion. Eddy had to rely on his grit and his legendary skills to once again mount a come from behind effort. And with steady play, and a shaky finish on the part of Roland, Merckx was able to win the title in a squeaker 40-39.

The final standings at the Kimchi Superprestige:

Congratulations to Eddy Merckx on his spectacular win.

Many thanks to Kozoom who broadcasts these events live, provides replays of selected matches, and contributed photos and results for this article. If you love 3-Cushion Billiards, a premium pass is one of the best investments you can make.