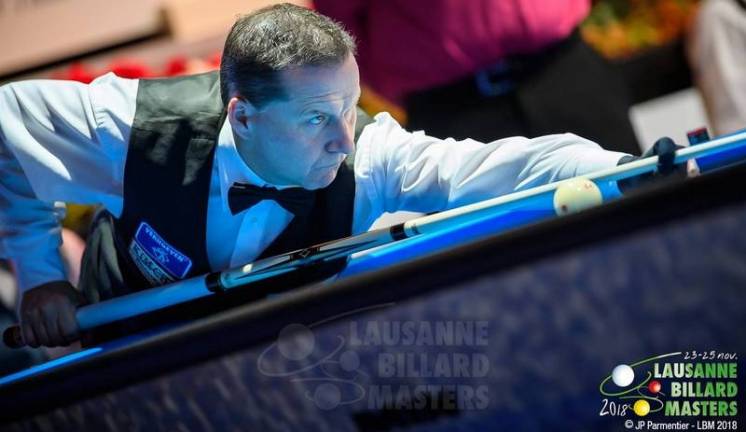 LAUSANNE - The Olympic stronghold Lausanne was the stage for the annual event with world class players in three cushion from November 22-25. The Belgian Eddy Merckx won the Lausanne Billard Masters in the final against Turk Murat Naci Coklu. This same week billiards presented itself as a candidate for the Olympic Games in 2024 in Paris. The promotional tour is in full swing, also on sporting level with all the major international tournaments.

Eddy Merckx showed in Lausanne what "Olympic form" looks like. On the final day, he first defeated Dani Sánchez 40-35 in 23 and in the final Murat Naci Coklu 40-33 in 17. This win only adds to his amazing 2018 year! We've honored Eddy with six featured stories on his 2018 accomplishments!

Read more about the Lausanne event from our friends at Kozoom. Thanks to Kozoom and the Lausanne Billiard Masters Organization for story and picture. Complete results for Lausanne can be found here.