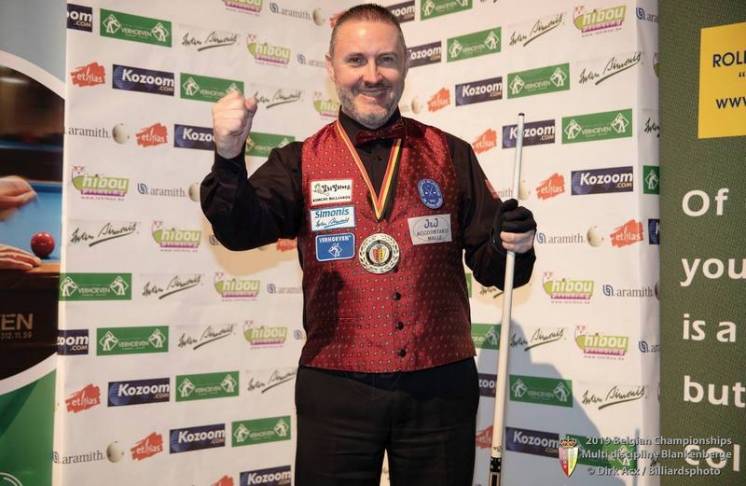 Frederic Caudron was at his best as he once again claimed the title of National Champion of Belgium. He defeated last year's winner Eddy Merckx to take back a title he has won five times before.

It was the two spearheads in Belgian three-cushion who battled it out once again for the national championship held in Blankenberge. Frédéric Caudron took back the three cushion title beating Eddy Merckx in a match that was decided in the final stage. The tenth inning was the turning point: Caudron and Merckx leveled at 26-26, two innings later, Caudron finished the match after a brilliant sprint with 10 and 4: 40-27 in 12 innings. With the title, Caudron earned 30 points for the world ranking. Dick Jaspers won the title in the Netherlands, so that Jaspers remains the world's number one with a minimal lead as of this writing.