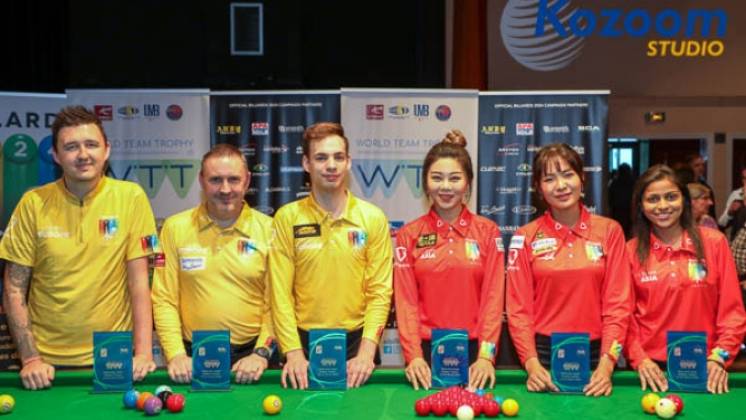 The event was jointly organised by the World Confederation of Billiards Sports (WCBS) - the umbrella organisation for the three cue sports - the French Federation and the Billiards 2024 organisation.

It was designed to showcase the three disciplines as a demonstration tournament to support a new format for the International Olympic Committee to accept billiards as an additional sport for inclusion in the Paris 2024 programme.

News last month that the Paris 2024 organizers had identified break-dancing, climbing, skateboarding and surfing as the four proposed additional sports for their Games was greeted with disappointment in WCBS circles.

Here is a picture of the arena and the side-by-side competition in each discipline.

The victories in the unique event showcasing the combined cue sports was overshadowed by the failure in the efforts to make the 2024 Olympic Games. The WCBS has now set it sights on the the Los Angeles games in 2028.