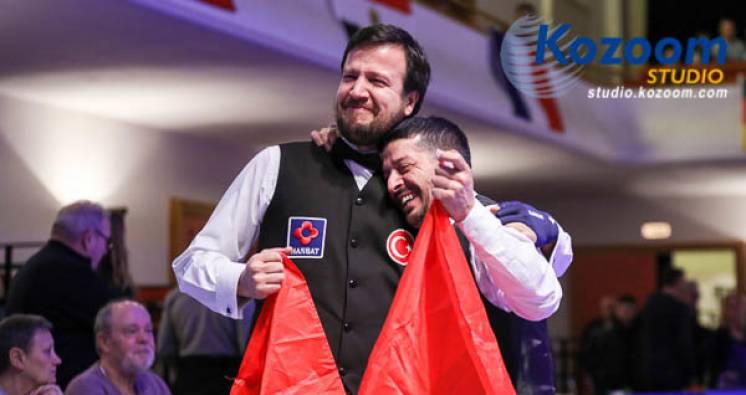 Murat Naci Coklu and Lufti Cenet of Turkey, playing for the first time together as teammates, defeated the Netherlands contingent of Dick Jaspers and Raymond Burgman to take the 2019 title in the World Championship for National Teams.

It was the fifth win for Turkey in this event, making them the second most successful country. With nine victories, Sweden is still the all-time leader.

The four nation teams on the podium, Turkey, the Netherlands, Belgium and South Korea, are the countries that lead the ranking for the last five years at this championship. In the run-up to the final, the Turkish team was the better of the reigning champion South Korea in an exciting fight. The Dutch defeated the Belgians in a fascinating clash between the two countries. 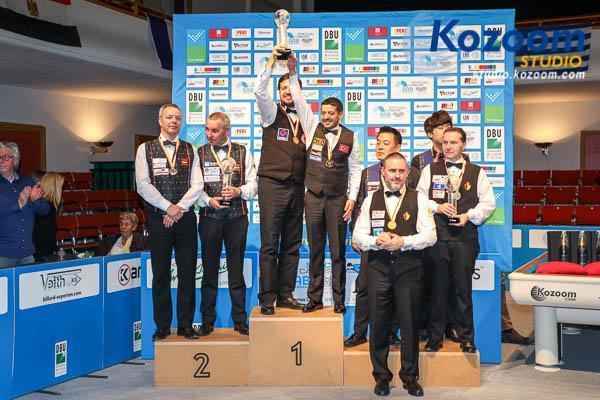 The format for next year's event will change as 2019 marks the last time for Scotch Doubles.

Thanks to Kozoom and UMB for story and pictures. To read more about Viersen 2019 CLICK HERE!