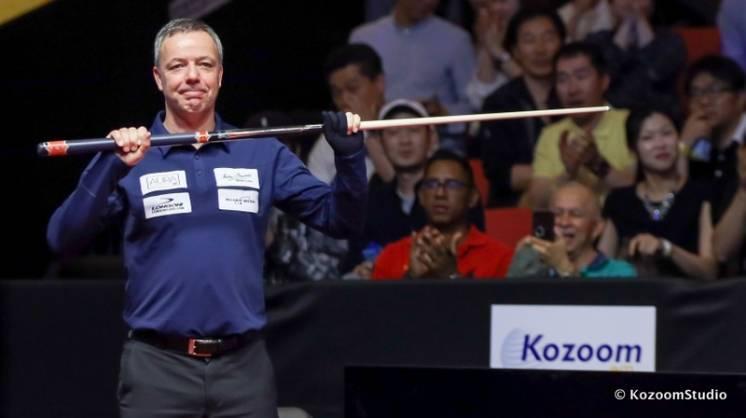 A better and more impressive, Dick Jaspers couldn't have shown his hegemony to the world of three cushion billiards. The Dutch billiard player, who was the best in Europe in the recent championship tournament, now is also the better of all Koreans in their homeland, winning the 2nd Survival 3C Masters of 2019 held in Seoul, Korea. Jaspers received 8,800 euros for winning the European title, and 50,000 dollars for winning the Masters. Shows where the money is in 3-cushion billiards.

The best year in Jaspers' career is only getting better. The Dutch man, in his very best form, seems to win all events that crosses his path. The honor list of the world's best, in the year in which he and almost all his colleagues from the world's top 25 refused to sign a so-called 'professional contract' in Korea, is growing bigger and bigger. The world champion, European champion and world's number one overpowered three Koreans in a match with four finalists on the final day to add to his growing list of accomplishments.

The scores in the final match:

Thanks to Kozoom for story and picture. Read more on this story originally published on Kozoom.