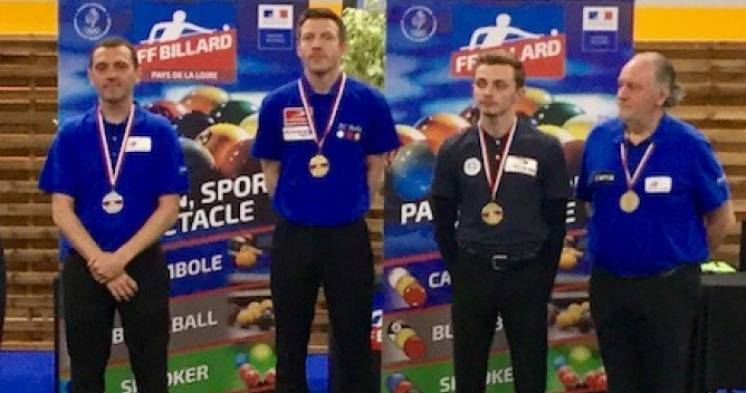 The Frenchman Jérémy Bury, number ten in the world ranking and vice-world champion, has been crowned three-cushion champion of his country. It was his third French championship in a row, and his ninth in total. That brings Bury just two titles behind another French champion in three cushion: Richard Bitalis, who won 11 titles.

In the final, Bury was the strongest against Jérôme Barbeillon 40-29 in 31 innings. The victory is especially important because of the 30 ranking points that keep Bury in the world's top ten for seeding in UMB World Cup events.

Read more on Bury's achievement from our friends at Kozoom. Thanks to Kozoom for material and pictures used in this report.

And don't forget to check out Bert Van Manen's Carompedia for a complete history of the French National Championship.