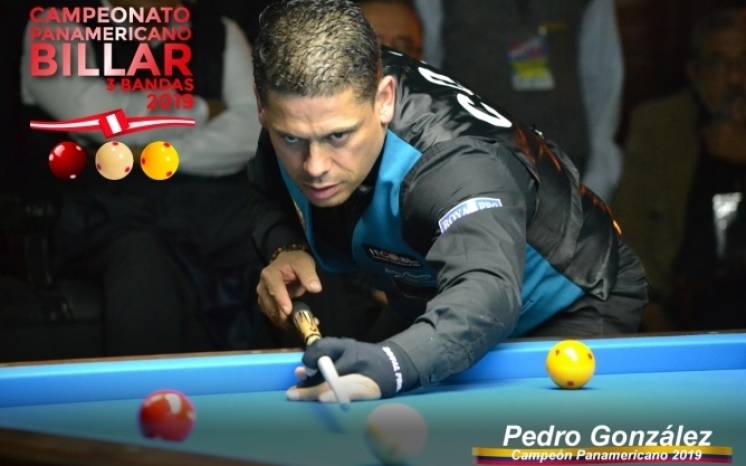 He came to the Pan Americans to defend the title he won last year. And again the Colombian Pedro González was the best of all in Lima, Peru. The 2018 and 2019 Mister Pan American beat Erick Téllez from Costa Rica in the final 40-33 in 24 innings.

The Colombians were shining with four players among the best eight. Two Colombian born players now playing as US Citizens were also on hand for the final 32. But the hopes of a repeat win for current US Champion Hugo Patino and his fellow countryman and former US Champion Miguel Torres were dashed. Neither could make the Final 8. Pedro González, who has not played in very many international tournaments, is ow the number 31 player on the world ranking.

Read more on Pedro Gonzalez's winning effort from our friends at Kozoom. Thanks to Kozoom for material and pictures used in this report.

The current ranking of all players in the CPB can be found HERE.