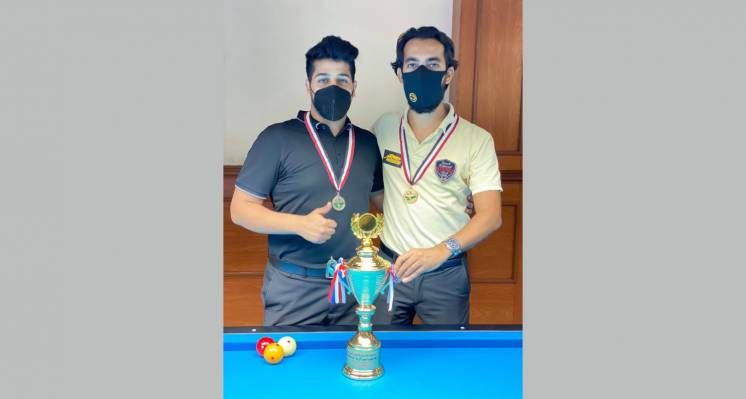 The championship was contested according to a special system with three qualifying tournaments in the regions, ending with two national tournaments. Second place went to the youthful, 22-year-old Youssef Ossama who is pictured on the left above.

Sameh Sidhom, the title-holder in Egypt, confessed: ''This time I was a bit lucky, because I didn't win the last tournament.'' But he did win 4 out of 5 to score the most points and secure the title.

Congratulations Sameh - the best in Egypt for the 13th time!