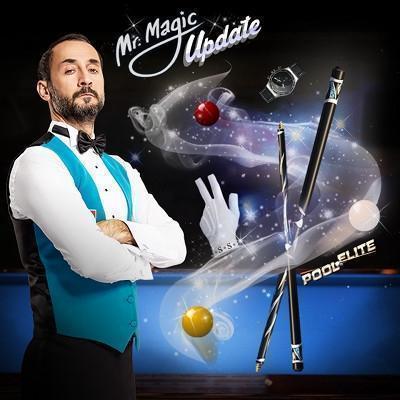 The Turkish Prince Continues to Amaze!

Semih Sayginer, Mr Magic, the Turkish Prince. Whatever you call him be sure to include World Champion (2003) 6-time World Cup Winner and 14-time Turkish Champion. His skill in competitive play is matched by his crowd-pleasing three-cushion billiard Trick Shot exhibitions, where he truly performs his "magic".

Semih Sayginer knows how to work a show. With skill, confidence and daring he attempts shots that almost seem impossible when he explains them... that is, until he makes them. Just watch!