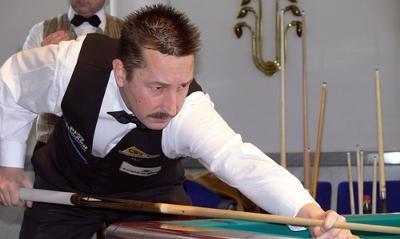 Thomas Ahrens is one of the world's great artistic and trick shot artists. A native of Germany, he won his first German championship title in 1991. Since that time he has dominated the German Artistique billiards scene winning title after title. In addition to his sixteen national titles (through 2012), Ahrens has won numerous national and international Grand Prix tournaments in this difficult, challenging and beautiful sport. Ahrens holds all the records in German Artistique billiards. Here is a great video of 51 incredible shots on the 3-cushion billiard table.