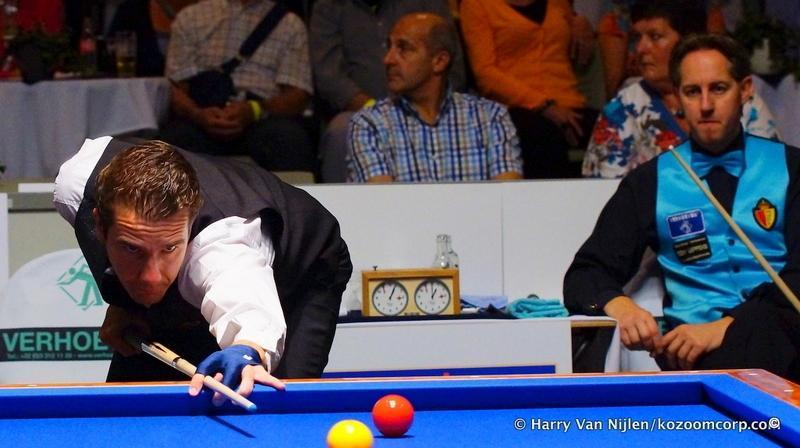 As Hitchcock said, the length of a movie must not be in conflict with the capacity of the human bladder. Two hours is a good limit for a 3-cushion match; upping the pace around the table will benefit us all. The senior citizen image of the sport is one of our main problems. Swift, spectacular, attacking 3-cushion in the top leagues and in the World Cups will appeal to the younger generation and bring in more spectators, possibly even new sponsors. We can’t inject our players with a dose of fast & furious, but at least our rules and formats should contain pepper, not valium.

In the mid-nineties, we introduced a shot clock. (If you are familiar with the subject, feel free to skip this paragraph). The type that has been used in the World Cups and in several European leagues in the past years, will count down the seconds a player has left to play the point, usually 40 or 50. The referee holds a little clicker which he uses to start the clock for player A, then switch it to player B once A has missed. Sometimes there’s a system that switches off the table lights if a player exceeds his time, in which case his opponent restarts with a break-off. Both players can call “time-outs”, usually two or three in a match. If all goes well, matches finish within 2 hours. Sounds good, problem solved? Or is there still an issue?

Here are a few REAL problems with the current clocks

But this is the BIG one:

The clocks we have now, force us to use no more than 50 seconds. But they don’t encourage us to use only 25. If you play at a nice pace, there is no reward. If you use 49 seconds on every shot, there is no punishment. On the contrary: to break your opponent’s rhythm, you may want to keep him in the chair as long as possible. You are almost INVITED to use up time you don’t really need.

Is there a better system, a better clock? Yes there is, and it’s been around forever: the chess clock. The Belgians use it, with a very simple set of rules. Each player has an hour to make his 40 points, and you can use it as you see fit. If you miss, you walk to your seat and punch the clock. Your opponent’s time is now running. If your “flag” falls, you have lost the match, regardless of the score. That’s it. You want a second bathroom break? Sure, go ahead. But on your own time. Take 3 minutes on a ticky? Be my guest. That is not even irritating anymore, because you pay the price.

It sounds quite radical. Does it work? I have asked four Belgian top players, all active in different European leagues and experienced in World Cups, if they see any disadvantages to the chess clock.

Jef Philipoom: “I would prefer to not have clocks at all. But unfortunately, some players have made them inevitable. The chess clocks are much better than the Dutch clocks. You are responsible, and you can take time to think, when the position is difficult.”

Peter de Backer: “The only disadvantage I can think of, is that I sometimes forget to punch my clock.”

Peter Ceulemans: “I am totally in favor of the chess clock. A disadvantage? You could try to abuse it, if your opponent had very little time left: by playing and deliberately missing an amortized maximum spin shot, and punching the clock, leaving him to wait for the ball to stop spinning.” (clever point Peter, but I think every good referee will disallow that tactic. – BvM)

Eddy Leppens: “As an organizer, I love the chess clocks, because you can make a time schedule that is reliable. But I also prefer them as a player. As long as you don’t waste time on easier shots, you never feel rushed when the position is difficult.”

That is the verdict, from the only group of players (I know of) who have experience with both types of clocks. It sounds pretty unanimous to me. No, I have not bothered to ask Caudron; he thinks 50 seconds is a run of seven.

I am very serious about making a case for the chess clock, because I agree with the Belgians: it is superior to the Dutch and World Cup clocks. We can save money, AND make our sport better. Not in a drastic, but still in a meaningful way. If you agree, feel free to share this column on your wall, or anywhere else. It will take just a minimal effort to convince audiences, tournament organizers and room owners that the chess clock is an improvement. A few players may be hesitant at first, but I refer them to the expert opinions of the Belgian quartet above. The actual decision makers may prove to be the toughest group to get on board for this plan: (Con)federation officials traditionally don’t like changes of any kind. It could take a lot of words coming from a lot of mouths, to convince the blue blazers. But I’m going to give it a try. 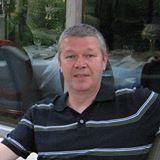 About the author: Bert Van Manen is a Dutch author and billiard player. In the past few years he has published more than 150 columns about 3-cushion billiards on his Facebook page "Bert's Billiard Page." He is also the author of the highly acclaimed book "The Blomdahl Era" available in both print and ebook format. His columns have been translated and republished on the Web in Spanish, Portugese, German, Greek, Korean and Turkish. Bert recently joined with Kozoom to publish a bi-weekly column on the game.