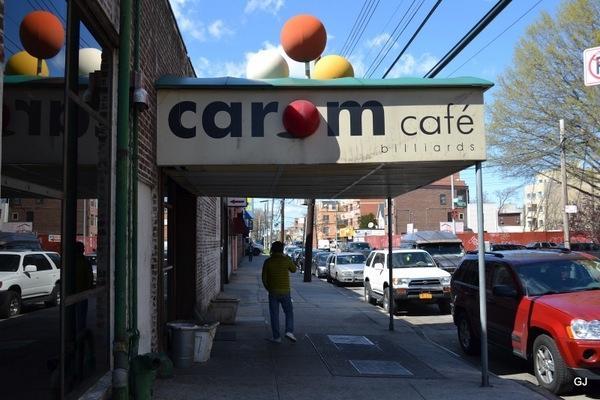 The Verhoeven Open Tournament, formerly the Sang Lee International Open, is the premier three cushion billiard tournament held in the United States. The event takes place each summer at Carom Cafe Billiards in Flushing, New York and attracts the very top of 3-cushion billiard talent from around the world. Originally conceived in 2005 to posthumously honor twelve-time USBA National Champion Sang Chun Lee the tournament was renamed the Verhoeven Open when the table manufacturer agreed to begin sponsoring the event in 2012. The 2019 event, consisting now of TWO International tournaments, will be held August 2-4 (Women) and August 5-11 (Open).

Michael Kang, the current owner of Carom Cafe Billiards and a top U.S. player in his own right again hosts this great international competition. Charles Brown continues as the driving force behind the tournament, tirelessly serving as both tournament director and coordinator of the complicated logistics of running an international event. The tournament is sanctioned by the international governing body for carom billiards, the Union Mondiale de Billard (UMB) and can be found on their official calendar. The event is also sponsored by the USA's official carom organization, the United States Billiard Association (USBA). Kozoom, the online media company, will once again be on hand to live-stream the event and record the games for replay on their site for the enjoyment of their premium pass members.

International players rarely make it to the USA. We have not held a World Cup event here in the United States for many years. And the USBA tournament calendar, with events having a large enough prize fund to attract international talent, is slim to almost non-existent. Yet there is one event in this country that continues an international tradition - The Verhoeven Open. The tournament is the closest thing we have to a World Cup - until we (hopefully) once again have one - and our one chance to bring the world's best three cushion players to the US to play. If you are fortunate enough to be in New York at the right moment any summer, you have a chance to visit Carom Cafe. There you will get to enjoy watching some of the great three cushion billiard players in the world. Even if you have seen videos of world class players on YouTube or Kozoom, seeing them in person is an entirely different experience. Watching these masters at work up close and personal, you not only see, but feel as well, the tension and the excitement as these amazing players come up with creative solutions to their toughest shots.

The format for the events are  not decided until the total number of participants is official – and that can change right up to the players' meeting the evening before the tournament begins. Typically there are preliminary matches in round robin format with players from each flight moving on to the next round. The main tournament, where the seeded players enter, is usually held in single elimination knock-out format - very exciting. However the format may shape up in any year, there will be non-stop billiards at the highest level for 6 days – and you’ll be able to see world-class players do their stuff even in the preliminary rounds. When the main event begins, those world-class players will face off against each other, and that's when the real fireworks take place.

Carom Cafe is ideally suited for tournament play. Designed by the original owner Sang Lee himself, the ten Verhoeven tables in the playing arena were purposefully situated in the center room, just steps down from the spectators' gallery. The playing field is surrounded by a railed walkway that enables the spectators to move about without disturbing the players. You can enjoy close-up views of the nearest table while still being able to watch multiple games throughout the venue at any time. The slight downward viewing angle as you look into "the pit" is perfect to see how the players execute their solutions to the most challenging shots they face. From the gallery you can study the precise stroke and tip placement on the cue ball, sometimes even better than when watching videos! There are bar stools for seating, tables and chairs. and even a section of bleacher seating as well. Large crowds are comfortably accommodated, and drinks and food are served... what more could a billiard lover ask for?

If you are one of those brave souls who doesn't mind taking a beating, you can even sign up to play in the tournament yourself. What could be more exciting than to step up to the table to face a world cup winner or former world champion? Complete information on this year's event, including entry fees, prize money and most up-to-date players listing, can be found in the 3CushionBilliards.com event calendar.

Players and Spectators From Every Corner of the Globe

Even if you don't play, and simply come to watch, the camaraderie you will encounter in the audience is a wonderful part of the experience. Everyone who attends, many coming from around the world, will freely share their thoughts and love of the game with you on the sidelines. Analyzing, recounting and second guessing the players' decisions is something every billiard player loves to do. And often you may find yourself talking with a complete stranger from another country who loves the game just as much as you do.

The Verhoeven Open is a great international event. As you walk around the room, besides English, you will hear many languages from around the world. Players from Belgium, Sweden, Netherlands, Turkey, Korea, France, Denmark, Colombia and Vietnam have are on hand every year. And folks who just love to watch the game will be arriving from other countries around the world as well. Yet with all these differences, there is one common language that permeates the entire event - the language of billiards! Players who come to compete at the Verhoeven Open love and respect the game. Though they may be rivals on the table, the fellowship and friendship between matches is undeniable. That is why players and spectators alike look forward with great anticipation year after year to the Verhoeven Open Tournament. 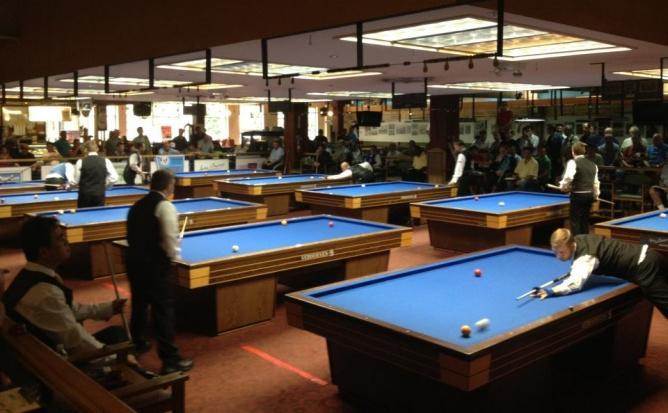 The Verhoeven Open Through The Years

Each year the Verhoeven Open TTournament provides drama, entertainment and surprises. Here are the articles we have published in our coverage over the years

Click here for the story on the 2015 event won by Dick Jaspers.

Click here for our story on the 2016 tournament winner Jeremy Bury of France!

Click here for the official schedules and results for all rounds of the 2017 event!

Click here for the story on Eddie Merckx winning the 2018 Verhoeven Open Tournament.

We will continue to cover the event each summer season. Please check back as tournament day approaches.