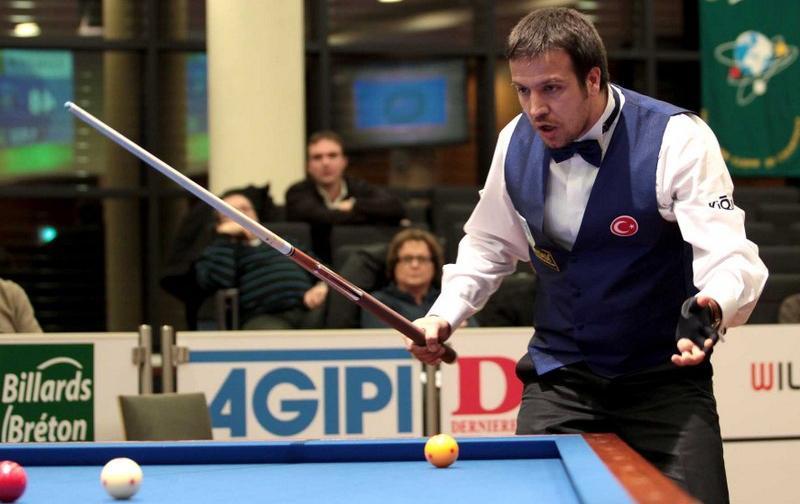 A compendium of laments, explanations, excited utterances, alibis and excuses

There are sighs, monosyllabic grunts and groans, breathless mutterings. There are references to God. There are curses, of course, and sometimes long vituperative whisperings, best said in a foreign language, questioning the heritage of the table or the balls, or questioning why fate has turned cruel or why we ever took up this infernal game. The vernacular of the billiard world is rich in the things we say when we miss or when others miss.

“Hole,” “in the hole,” “found the hole” or “around” are expressions that need no explanation to anyone who has played, or watched, the game for five minutes. Of all the expressions, the only one sadder than “in the hole” is “in the hole again.” “I couldn’t do that if I tried” explains a hole where none seems to exist (but does).

“I had it on the wire” is a reference to having mentally counted the billiard on the scoring beads before the miss occurred. It should be said with a tone of irony and sadness. Also, it is best said in a Boston accent, as “wire” is more poignant when the “r” is non-rhotic and the “e” becomes a schwa sound, like the a in “about,” to wit: “I had it on the wiha.”

“Kiss” is usually uttered softly, but bitterly, much like a curse word. It can be expressed before or after the intermeddling obstruction. Indeed, the kiss has contributed greatly to the argot of billiards. “Bam!” is said disgustingly when the rogue object ball decides to intervene. “Too many balls on the table” expresses the same concept. “Just left,” a shortened version of “Just left the station,” is used when the first object ball moves the second object ball out of the scoring path of the cue ball. “Over the grave” is also used to refer to the same situation, where the cue ball travels over the spot where ball 3 once resided.

“I’d have liked to see the end of that” and “it would have scored” are typically said when the cue is kissed out by the first object ball. This expression is often used on a difficult or multiple rail shot that seems destined to tally until the intervention of the object ball.

Sometimes, a kiss becomes desired because of a poorly executed shot that will miss without the intervention of the object ball. Players are heard to pray—no, beg—for that lucky collision. “Help” or even “A little help” are common exultations. The courteous and desperate shooter often adds a polite inflection: “A little help, please.”

Wow” is often said by the shooter after a decidedly poor shot. “Thought so” and “yep” are said, sotto voce, usually when something happens that was foreseeable but not desired. A similar sad expression is, “I thought I could beat the kiss.” Of course, he couldn’t. On the opposite end of the spectrum, there are some expressions that reflect a lack of thought or the inability to foresee possible outcomes: “I didn’t see that kiss” or “I didn’t think about that” or “I never saw that coming.”

“Corner” is said, self-deprecatingly or critically, when the cue ball finds the intersection of the cushions when it should have been played shorter or longer. “In and out” is a synonym for “corner.” A cruel derivative of “corner” is “corner player,” denoting one who frequently finds the corner rather than the score.

“Hit it, Alliss,” a golf expression for leaving a putt short, is used in billiards to express a similar concept. 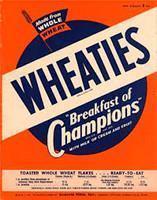 “I didn’t eat my Wheaties” or “I didn’t take my vitamins” are also common when the cue, after traveling five or six rails, stops just short of scoring.

The adjective “too” finds itself in many expressions of exasperation. “Too thick, too thin, too fat, too short, too long, too fast, too slow.” Each is self-explanatory. In this category falls “too good,” which is typically said to express a hit thinner than necessary. A closely related expression is “save that hit,” again used when the hit is thinner than necessary. The concept of a hit being “too good” is confusing, if not contradictory. Robert Byrne once asked Törbjörn Blomdahl if he was familiar with the expression. He was not. After the explanation, Blomdahl gave a quizzical look and explained that you can’t hit a ball too good. The hit is good if it scores. If it doesn’t score, it’s bad. So, “too good” is bad for a professional. But, for the amateur, “too good” or “save that hit” are curiously reassuring, as the player knows that he can indeed hit a thin (very thin) ball. He just didn’t need to do it on that shot. 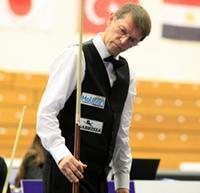 “That was a quiet shot” is used when the cue misses all balls and travels a very lonely, and near-silent, journey around the table. “Air ball,” a phrase borrowed from basketball, is similarly used to refer to such a shot.

Opponents will often offer condolences. “You got robbed,” “good hit,” “good idea” and “nice try” are common. “Thought it scored” or “it missed?” are often heard, best said sincerely and between friends.

“Shooter knows” is a comment said by players or spectators when the player at the table picks up his chalk and turns to sit down while the cue is still rolling. Among amateurs, the hit is often noticeably poor, making the shooter know it will miss immediately. In professional games, however, a player sometimes picks up his chalk and retreats to this chair when it seems the cue will surely score, but, alas, it does not, missing by a micro-meter. The shooter truly knows.

Many expressions involve excuses. Some focus on the equipment. I miscued (an indictment of the tip not the stroke). The ball squirted or swerved or skipped or jumped or slid, or didn’t slide, or rolled or drifted or (a classic) hit a piece of chalk. “The table is dirty” or “the table is getting dirty” is said toward the end of the game, typically when the cue behaves differently from the start of the game. A variation on this theme is, “the balls are dirty,” or “getting dirty,” said when a ball bounces or skips or slides or backs up in an unusual manner. Blomdahl was asked once what a player must do when the balls get dirty during a game, and he replied, not missing a beat or a punch line, “hit them cleaner.”

After a game, there are also explanations and laments, long and short. “Missed it by __________” is common. Various options are available to fill in the blank, some clever, some cliché, others crude. Missed it by a millimeter a fraction of an inch or a sliver or a hair or a whisker are common. If the expression of a hair is used, it sometimes turns crude. A beautiful variation is used to describe an extremely close miss. At Paul Frankel’s Champion of Champions Tournament several years ago, Mazin Shooni missed his out shot by something less than a millimeter, where the cue seemed to curve around ball 3. His opponent, Sonny Cho, stepped to the table and ran 7 and out to win. After the game, Shooni described his last shot in a sad tone: “I missed it by nothing.”

“Dogged it” or “jagged it” are expressions usually found in the pocket game that have found their way into the cushion world. They are synonyms for choked, as in “I had a bunny and I dogged it.” “Bunny,” by the way refers to an easy shot, a gimme or a natural, one that can’t be missed, unless, of course, you jag it or choke or hit it too thin or too fat or get a kiss. After missing a number of bunnies, a frustrated player might say, “Come on!” or “Gimme a break!”

Another explanatory expression is, “I couldn’t decide whether to play it long or short,” which explains a miss that was either too short or too long because the undecisive shooter played the shot in the middle. For those using (or misusing) mathematical systems, “I added wrong” is a common refrain. Variants of this expression involve incorrect subtraction, multiplication and division. Often said to place blame where it truly belongs, on the shooter (or on his math skills). 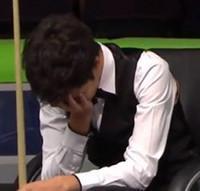 Of course, the things we say after a loss, which no doubt involved a cornucopia of misses (too short, too long, too thick, too thin), deserve separate treatment. Observations about the fickle nature of the balls (“I didn’t have any positions” or “the balls rolled wrong”) are common. At times, the simple explanations can venture into elaborate alibis. Just over 100 years ago, The New York Times printed a short piece entitled “Billiard Player’s ‘Alibi,’” which recounted a 3-cushion game in the dead of winter in Cleveland, Ohio. After struggling through many scoreless innings, one player asked the referee about the outside temperature. “Eighteen above and a stiff northeast gale blowing,” the ref replied. “That’s it,” the player mused, “I knew I was off my game. No wonder.” He went on to explain that the cold temperature must have frozen Lake Erie, causing the earth to tip slightly. “You see in Winter the water in Lake Erie is billions of tons heavier than in Summer. That throws tables out of true and they have to be adjusted to conditions.” His game was always better in the Summer, he offered. Yes, the things we say.

ABOUT THE AUTHOR: Andy Janquitto is a former USBA president, billiard player and frequent contributor to 3CushionBilliard.com. Writing, like 3-C, is one of his hobbies. He has a lot to say because he often misses! For another one of his writing efforts, visit www.oleoheir.com.