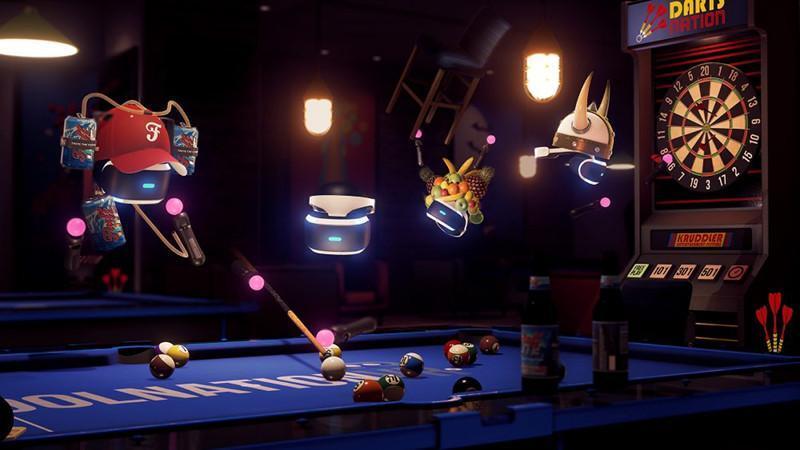 Virtual reality has become a fairly well-known technology. A few years ago we were hearing some buzz about its potential emergence, but it wasn’t until about midway through 2016 that most people really started to see what it was capable of. Now there are countless VR experiences for consumers to enjoy, on a full range of headsets at different prices, and through any number of games. What’s been a little bit slower to develop is any kind of meaningful VR sports market.

One might imagine that by now there would be major sports games that would allow players to put themselves in the shoes of famous athletes. You could theoretically strap on a headset and become LeBron James shooting a free throw in the NBA Finals, or Cristiano Ronaldo taking a free kick in the World Cup. In the early going, however, most of the links between real sports and virtual reality have been more about spectatorship than simulation.

For instance the NBA is experimenting with VR as a means of enhancing the fan experience. Already there are cameras rigged up all over arenas, such that someone in a connected VR headset can switch from one angle to the next and gain a more comprehensive picture of the action. In other words, you might not be able to embody LeBron James and control the free throw, but you might be able to watch him shoot as if you’re standing right under the basket. And for that matter Los Angeles Clippers owner Steve Ballmer has actually touched on the idea of engineering VR to work as if it’s from individual players’ point of view.

Horse racing is another area in which VR for the sake of spectatorship - and some participation - is being explored. This has long been one of the most popular sports in the world for betting, with constant action and unpredictable results leading to endless opportunities for speculation. The betting market is really at the core of the sport, and there is now some buzz that VR could allow those who have wagers on races to experience those races as if they’re on horseback. Can you imagine betting on a favorite to win the Kentucky Derby and then virtually riding that horse to the finish line?

It’s all very exciting, even for a fringe sports fan. But how does it intersect with 3 cushion billiards? Well, the obvious link would be that there’s some potential for viewing billiards competitions in VR, for an up-close perspective. However, it should also be noted that where there are connections between VR and sports participation, it tends to be with simpler activities. NBA and horse racing action involve a little too much movement to be turned into very good VR games right now. But activities like throwing darts, archery, ping-pong, poker, or, yes, billiards, require a little bit less physical motion and can thus be translated into VR fairly easily.

Already, in fact, there are examples of virtual pool that allow players to actually play the games, rather than simply watching them. A few have been less than inspiring, but some games, like PoolNation VR, have actually been quite impressive. And a game like this opens the door for imitation and improvement.

For a game like 3 cushion billiards, that isn’t as well known as ordinary pool, this could be a significant boon. Imagine, for instance, a VR pool game that offers various versions of billiards, the same way a poker app might offer several different types of poker. This is a way for people who might initially be interested in virtual billiards to discover the 3 cushion game and even play it, virtually. This could theoretically be a good way not only to learn the rules but to get used to the angles and the complexity of any given shot. Obviously it’s not quite the real thing, but for a beginner or someone who might not even be aware of 3 cushion billiards, it’s a nice start.

A game like this seems entirely realistic, and could well expand the popularity of the sport.