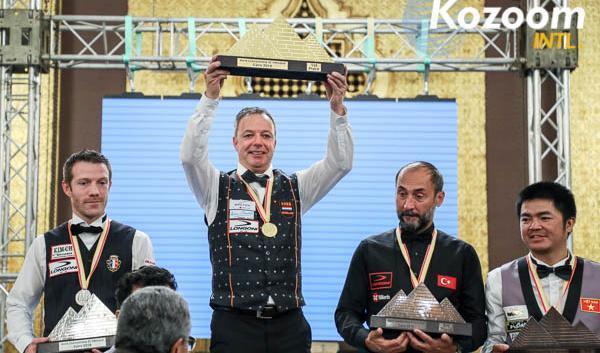 Three-cushion billiard players hail from all around the world, with top competitors representing Belgium, France, Vietnam, Turkey, South Korea and the USA.  But the sport is currently attracting plenty of interest in the Netherlands, in part due to the recent success of the new world champion Dick Jaspers. The Sint Willebrord-born player is a true 3-cushion specialist and has enjoyed a hugely lucrative year in 2018. As a result, his homeland appears to be fully embracing the sport in every way. 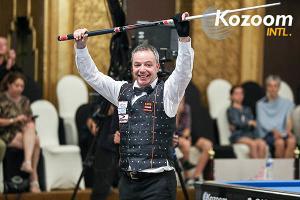 It's been 18 years since Jaspers won his first World Championship in St.Etienne, France. But he has proved once again that he is still at the top of his game with his fourth title success in October 2018. The tournament, which was held in Hurghada, Egypt contained an International lineup with Egyptians, Belgians, Koreans, Vietnamese and five Dutchman among the 48 contenders. There it was Jaspers who emerged triumphant with a memorable success over Frenchman Jeremy Bury in the final match. The 53-year old Jaspers had an exceptionally strong tournament and boasted the best average throughout the competition where he deservedly finished on top. Jaspers remains World number two in the rankings and hopes to ultimately close the gap on long-time leader Frederic Caudron of Belgium.

Jaspers described his success as "very beautiful" and, although he is still far from a household name in his country, he has a large number of dedicated followers who eagerly track his progress throughout the year. The UMB (Union Mondiale de Billard) which is the governing body for billiards worldwide has capitalized on this increased interest by renewing its cooperation with the Royal Dutch Billiards Federation. As a result, the Netherlands will be hosting three World Cup tournaments, beginning in 2019. The Netherlands will also be staging a number of tournaments for juniors and ladies in both 2020 and 2021, and they appear to be keen to put billiards squarely on the map. Jaspers expressed his delight at the announcement and told reporters that he is "looking forward to welcoming top players from other parts of the world...". 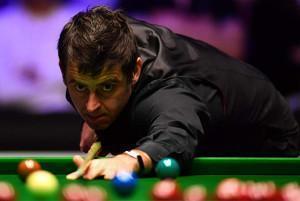 Jaspers is the most successful Dutch 3-cushion billiards player of the last decade. Though the country is only a small pocket of North West Europe, the sport still attracts its fair share of 3-cushion competitors Other cue sports such as snooker cannot boast such a rich seam of top-class players from the Netherlands, with very few making it onto the professional tour. The game is dominated by players from the UK and China with each of the top six in the 2019 World Championship snooker betting hailing from one of those two regions. Ronnie O'Sullivan remains the 10/3 favorite for the marquee tournament, and demonstrating his versatility the Rocket has even tried his hand at 3-cushion billiards for a recent TV series.

It might be a while before we see a Dutch snooker player challenging at the Crucible but the country does appear to be embracing all forms of the cue sports. And, with the help of an independent foundation, Billiard Events Netherlands, they will be able to showcase the sport to a wider audience over the next three years. It's a significant step forward for the region and Dick Jaspers' continued success at the highest level of 3-cushion will help to foster this strong interest throughout the Netherlands.

Thanks to Kozoom Studio and Twitter for images used in this article.