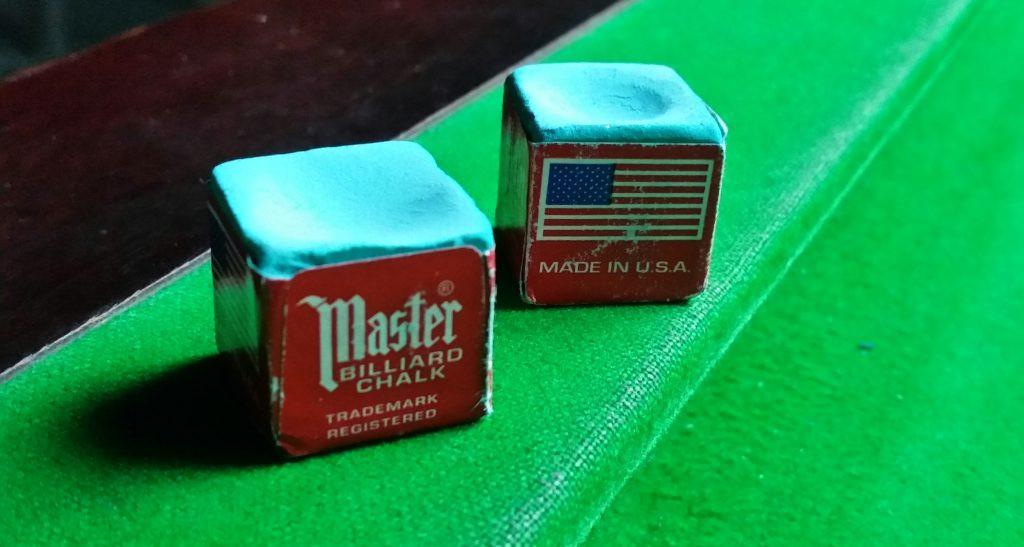 Many of our readers will already know this, but it's important to remember that not all billiard chalk is created equal. Some brands just don't seem to stick, leaving a mess all over your hands, ball, and table. And there are so many different types of chalk for sale at the moment, it can be extremely difficult to know what to get.

Here's how to find the right chalk for three-cushion billiards.

What should I look for?

As you most likely already know, control is the name of the game when playing three-rail.

You will often be playing shots with extreme English and lots of power, unlike in traditional pool. This is why carom cues generally have a smaller tip and are often a bit stiffer than normal pool cues.

Therefore, your chalk, as well as your cue, should help you to send the ball exactly where you shoot it - and with the right spin as well.

Ideally, you want chalk that will apply a nice, even coating to your tip. You want something that will be consistent between applications, to ensure you can get into a rhythm. The last thing you want is your cue behaving inconsistently between shots.

Therefore, you want to avoid most ultra-cheap chalk, as this stuff can clump up on your tip, resulting in inconsistent shooting.

However, you may also want to avoid ultra-expensive options, like Kamui. This is because Kamui's chalk is extremely fine - it's more like a powder than a chalk.

This finer consistency can be helpful - it helps the chalk to stick, meaning fewer reapplications are needed between shots.

However, the coarser the chalk, the easier it will be to shoot English, because the chalk will have a little more purchase on the ball as you shoot.

This isn't to say that you should definitely avoid Kamui chalk when playing three-cushion. Many players like to use their products for carom-style games.

However, unless you're concerned about chalk always falling off your tip, it's generally a better idea to go for a slightly coarser option, like Master's or Blue Diamond.

Distributed by Italian cue maker Longoni, Blue Diamond Chalk continues to be a favorite among carom billiard players. We often see Blue Diamond in International competition in use by the top players.

Magic Chalk is also a good option if you want something that needs fewer re-applications, or if you want less mess on your table.

Since these three options are all much cheaper than Kamui's chalk, which can often cost up to $30 a cube, they're definitely worth trying first.

However, if you have previously had issues with coarser chalk, we would recommend giving Kamui a go and seeing what you think. Sometimes, because it applies so consistently, Kamui performs better than more traditional options when playing three-rail, despite how fine it is.

To learn more about each type of chalk and the differences between them, check out this buyer's guide.