Five-time National Three-Cushion Champion Allen Gilbert was a colorful character, and a good friend and mentor as I learned the game. He told me dozens of anecdotes from his billiard travels around the world, but this one is my favorite. 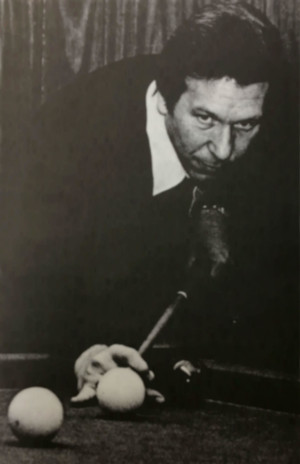 He recounted once how he was playing the top regional player in the finals of a big tournament in Mexico. There were hundreds of locals in the bleachers, all cheering on their compadre. The tournament had a time-limit format: whoever was ahead at precisely the 45‑minute mark won the match.

With only about a minute to go, Allen was up by only one point. He had an incredibly difficult shot, and could see he’d leave an easy position if he missed. He had only seconds left on his 40‑second shot clock. What to do?

With the shrewdness that made him a renowned champion, he played a very savvy shot. He hit the object ball extremely hard, with a maximum side-spin stop shot, leaving the cue ball spinning furiously in place like a top. His Mexican opponent jumped out of his chair, raced to the table, and knew he had a good layout to win.

But… three-cushion cloth is perhaps thirty percent faster than pool cloth, and the cue ball spun, and spun, and spun, perhaps for almost a minute. His opponent stood there, unable to shoot, glaring fiercely at Allen, while the time limit expired. The crowd was yelling, stomping the bleachers and waving fists in dismay at how their local champion had been played.

Allen said he grabbed his cue, without even time to put it away, and ran out of the room, fearing for his life. He never did get his prize money (and if you knew Allen’s well-deserved reputation for stinginess, that makes the story double smile-worthy!). 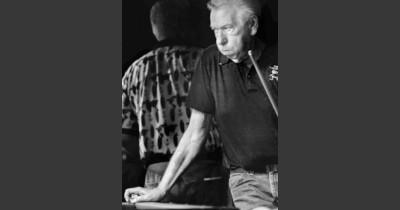 Phil Panzera (aka RocketCEO on YT) is a master of many things: rocket science, billiards and story telling. You can learn more about Phil's background see some of his amazing feats on the 3-cushion table in a story we published here entitled: Phil Panzera - RocketCEO